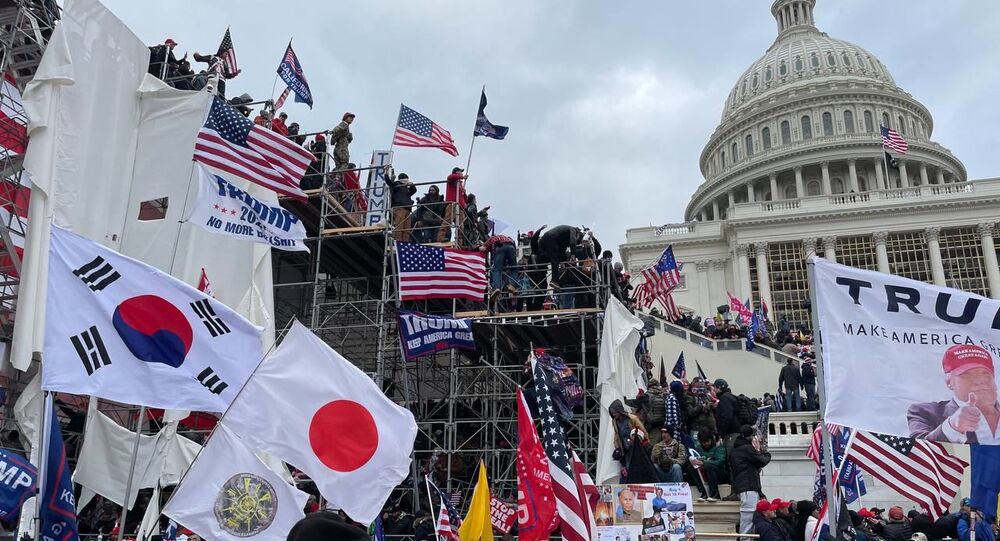 Earlier, Senate Minority Leader Chuck Schumer (D-NY) indicated that he would fire Michael Stenger, the Senate sergeant-at-arms, over the security failures that allowed hundreds to storm the Capitol.

US House Speaker Nancy Pelosi (D-CA) announced Thursday that Paul Irving, the House of Representatives' sergeant-at-arms, intends to resign from his post in light of the mob of Trump supporters who breached security barriers and temporarily overtook the US Capitol on Wednesday.

Speaking to reporters, the California lawmaker also took the time to call on US Capitol Police Chief Steven Sund to resign. She noted that Sund "hasn't even called us since this happened."

Citing a spokesperson, Politico reported that Sund has no intention to step down from his post.

However, Sund and Irving aren't the only officials coming under fire for the security failures witnessed on Wednesday, as Schumer is also calling on the Senate's sergeant-at-arms to step down.

In a statement to Politico, the Senate minority leader said that "if Senate Sergeant-at-Arms Stenger hasn't vacated the position by then, I will fire him as soon as Democrats have a majority in the Senate."

The House and Senate sergeants-at-arms are responsible for the security measures imposed to protect the two legislative chambers at the US Capitol. Irving has served in the role since 2012, whereas Stenger has held his position since 2018.

Lawmakers have vowed to launch an investigation into the Wednesday riots, specifically regarding how law enforcement officials handled the security breach. Senate Majority Leader Mitch McConnell (R-KY) noted earlier that a "painstaking investigation and thorough review" were needed in order to determine how the "massive failure of institutions, protocols, and planning that are supposed to protect the first branch of our federal government" unfolded.

The Capitol siege has so far resulted in the arrest of nearly 70 individuals, some of whom are expected to be charged on Thursday, according to acting US Attorney General Jeffrey Rosen. It's unclear what charges will be filed.