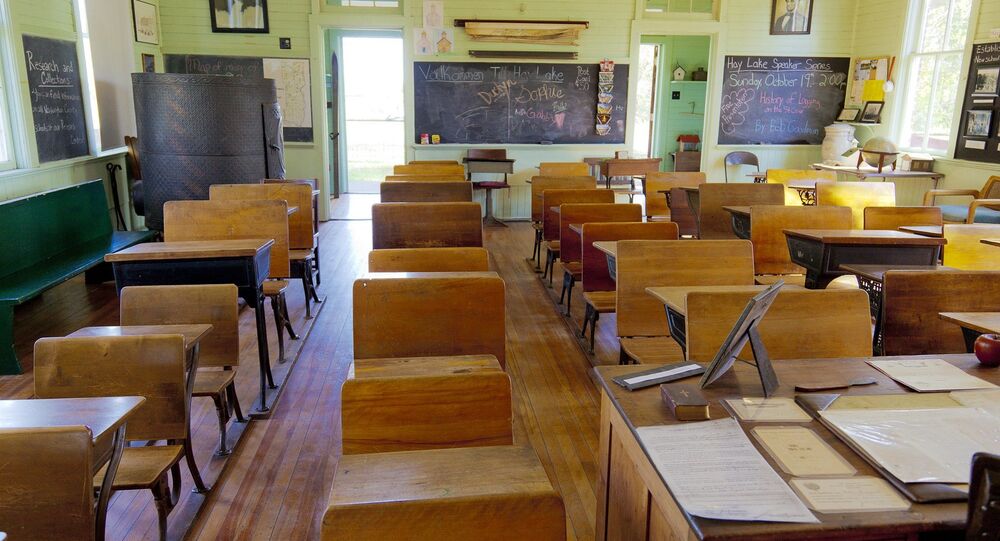 With just weeks left in his presidency, the administration of US President Donald Trump is pushing for a slew of new regulations intended to cement conservative policy goals before the Democrats take over. The latest move is a proposal to reinterpret key civil rights legislation that protects against discrimination in federally funded programs.

Just before the Christmas holiday last month, the US Department of Justice submitted to the White House for review a proposal to reinterpret Title VI of the Civil Rights Act of 1964 that would eliminate protections for all but the most explicit incidents of bigotry against minority groups - the first changes to the rule since 1972.

According to the New York Times, which viewed the draft, the proposal focuses on the “disparate impact” rule which, according to the American Bar Association, involves “a facially neutral practice has a racially disproportionate effect.” Institutions including housing programs, employers, schools and hospitals found to have discriminatory practices stand the risk of losing their federal funding.

A common example of a practice banned by the disparate impact rule is literacy tests for voting. On its face, the rule seems to apply neutrally to all would-be voters, but in practice, the Jim Crow-era legislation served to primarily bar Black voters from electoral participation due to lower literacy rates resulting from being forced out of schools.

However, the rule has served as the basis for identifying a wide range of discriminatory practices and situations, from policing in Baltimore, Maryland, that disproportionately targeted Black citizens to the disproportionate disciplining of Black and Latino students in schools.

The DoJ says the present interpretation encompasses “a vastly broader scope of conduct” than intended, the Times noted. Changing or eliminating disparate impact has been on the conservative agenda for years.

After the shooting at Stoneman Douglas High School in Parkland, Florida, in 2018 that left 17 students and staff members dead, the Trump administration all but blamed disparate impact for the tragedy. According to Education Secretary Betsy DeVos, the relaxation in school disciplinary efforts caused by Obama-era reforms allowed the Parkland shooter to slip through the cracks instead of being corrected or expelled.

A Department of Education report reviewing disciplinary practices commissioned by DeVos in December of that year found the Obama-era guidance on school discipline “relies on a disparate impact legal theory, but that theory lacks foundation in applicable law.”

That same year, former president and general counsel of the conservative Center for Equal Opportunity think tank Roger Clegg wrote in National Review that “federal agencies are honeycombed with policies that adopt the disparate-impact approach, and the Trump administration needs to root them out.”

The conservative think tank Heritage Foundation also attacked disparate impact in a September 2020 report, saying it “endangers students and teachers - and encourages even more disruptive misbehavior” and claiming it actually creates race-based discrimination where none existed before.

The rule change is just the latest “midnight regulation” by the Trump administration, which has roughly two dozen proposed policy changes in the process of approval before Trump exits office on January 20. The proposed changes span the gamut of conservative agenda goals, from reinterpreting environmental protection laws to changing health care payment procedures to eliminating anti-discrimination protections at homeless shelters.

The Trump administration has sought to reinterpret other key civil rights legislation as well. For example, the US Departments of Education, Justice, and Health and Human Services began a vast initiative in 2018 to change all instances of gender-inclusive language to the language of biological sex in an effort to reverse Obama-era changes intended to eliminate discrimination against trans people.

However, the push hasn’t come just from Republicans: Rep. Tulsi Gabbard (D-HI) introduced a bill last month that would redefine Title IX to exclude trans women from equality protections for women in education regarding athletics, although Trump has tried to reform this as well.

The US Supreme Court ruled in June 2020 that Title VII of the Civil Rights Act also protects LGBTQ people for employment discrimination - an interpretation the Obama administration also used, but which the Trump administration rejected.