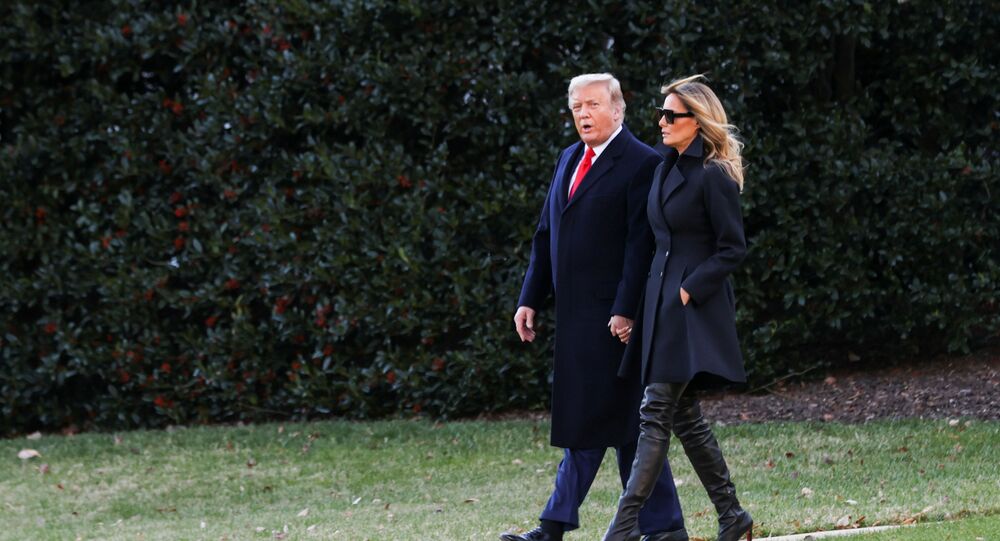 Trump's presidency, set to end in several weeks, will be remembered for all sorts of reasons, not excluding his contempt for major US media outlets. As the clock winds down on his time in the White House, the president has once again showed his disdain - this time with fashion magazines that he believes have been unwelcoming to his wife.

US President Donald Trump has lambasted fashion magazines via Twitter for failing to sufficiently feature First Lady Melania on their covers during his four-year tenure.

In a retweet of a Breibart News story that similarly lamented the absence of "the most elegant First Lady" from the covers of beauty magazines, Trump applauded his wife as "the greatest of all time", while dubbing the fashion media as "fake news".

The Breibart News article extolled Melania's designer wool coat and leather boots she wore when heading to the Mar-a-Lago resort for Christmas with her husband.

Both Trumps are expected to vacate the White House on 20 January, when Joe Biden assumes the presidency, while his wife Jill will become the new First Lady.