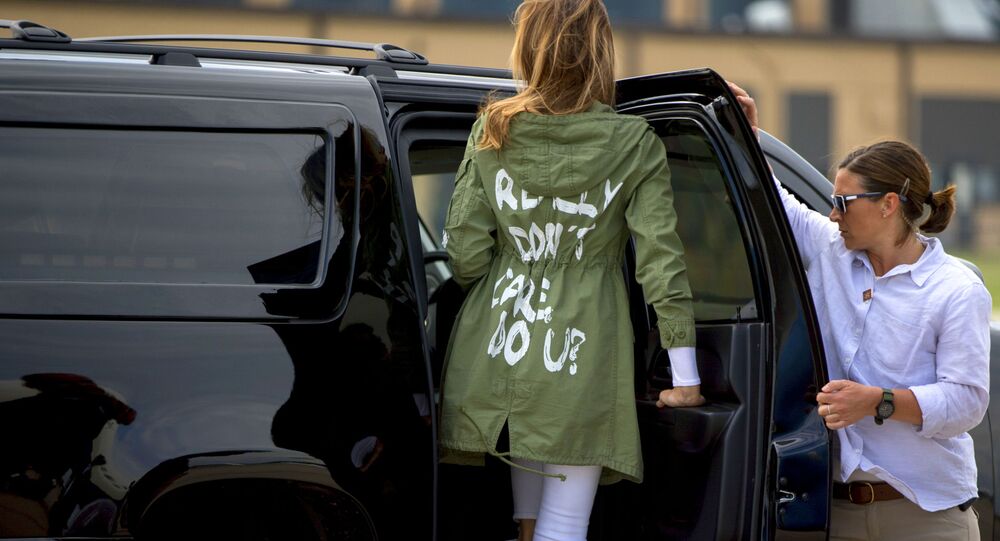 'Just Like Her Husband': Melania Trump's Ex-Aide Says FLOTUS a Bad Friend, 'Threw Her to the Wolves'

When describing Melania Trump, Wolkoff said the FLOTUS is “just like her husband."

Stephanie Winston Wolkoff, former aide to US First Lady Melania Trump, has accused the FLOTUS of mistreating her and a mutual friend, fashion designer Herve Pierre. Wolkoff voiced her grievances during a recent episode of The New Abnormal, a Daily Beast podcast hosted by Rick Wilson and Molly Jong-Fast.

Referring to what the media outlet describes as stories about  "insane overspending" during Trump's inauguration in 2017, Wolkoff recalled how Melania essentially "threw her to the wolves" by allowing her, the person who helped produce the event, to "take the blame in the press."

"I begged her to just come out and say that I was her friend, I was loyal. Nope, nothing. So the betrayal, the pain of that was like – I gave up my whole life for this woman. No one else would help Melania. I mean, she was alone," she said, adding that Melania is "just like her husband."

Wolkoff also said Herve Pierre was targeted by trolls online after Melania visited a "centre for migrant kids" while wearing her "I Don’t Care" jacket, simply because he had made dresses for the FLOTUS in the past (even though the jacket in question wasn't actually his creation).

Yet when she asked Melania if she would "say something in public" in order to clear things up, she declined to “make any kind of statement" on Pierre's behalf, saying instead "I'm driving liberals crazy, that's for sure. And you know…they deserve it."

"There's so much callousness," Wolkoff mused. "Even in just trying to get [Pierre] paid for collaborating with her and making her first dress, it was like pulling teeth. There is no empathy or remorse for the fact that here's someone who was blamed because he's known as her stylist."

Wolkoff, a New York party planner, departed the White House in February 2018 after it emerged that Donald Trump's inaugural committee paid $26 million to a firm she founded to plan events around his inauguration.

In September 2020, Wolkoff released a tell-all book titled Melania and Me which focuses on her planning of the inauguration and advising Melania in the first year of the Trump administration.