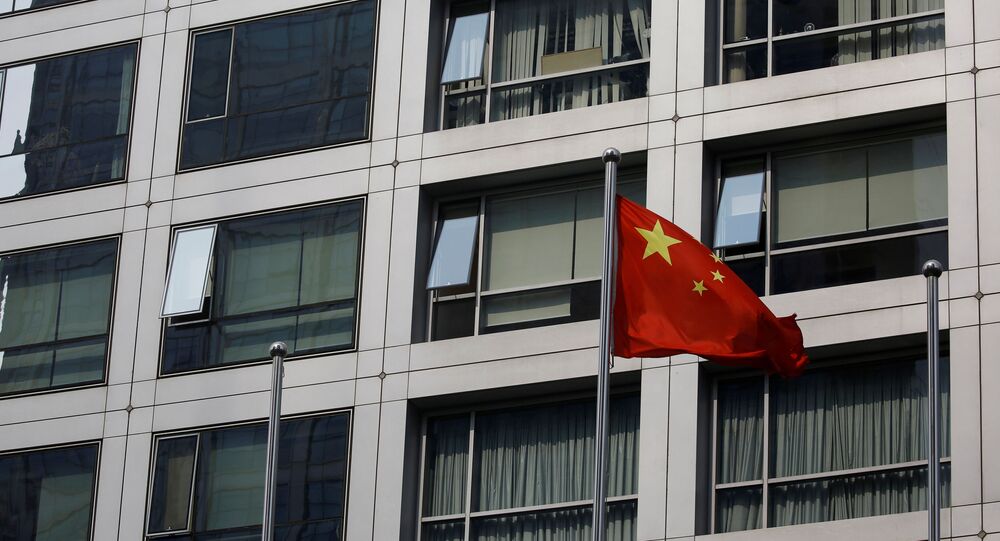 US officials have often accused China of allegedly harbouring plans to overthrow the dominant position of the US in the world arena. Tensions between the two countries have existed for the past several years and rose greatly with the outbreak of the COVID-19 pandemic, as the US president claimed China was responsible for its spread.

The former US ambassador to the United Nations, Nikki Haley, urged Americans to "wake up" in the face of the threat of China becoming the world's preeminent power, as China might use the COVID-19 pandemic to extend its influence among the world's nations, Fox News reported Monday.

In an interview with Fox News, Haley reminded journalists of the criticism that US President Trump's decision to shut down travel with China amidst the outbreak of the new coronavirus received earlier this year, as later the pandemic swept over the US.

"I think all you have to do is look back several months ago when Biden said China was no competition to us, and that we didn’t need to be worried about them," she said. "I think you look at Nancy Pelosi in Chinatown, saying we were being racist and overreacting."

She underlined that the threat China allegedly poses to US national security and its growing international power ought to demand the attention of the nation's decision-makers.

"The problem is wake up, America. This is nothing small. China has wanted to dominate the world for a long time. They want to bring down America and they almost did that with the coronavirus," Haley said.

Haley's statement follows a recent investigative report conducted by the New York Times and ProPublica, according to which the initial reaction of the Chinese government toward the outbreak of a new infectious disease last winter and the death of a medic, Dr. Li Wenliang, who was the first to blow the whistle on the growing number of people infected, was to contain the spread of information about the virus and to prevent possible panic among its citizens, which could damage the government.

China's authorities reportedly made massive propaganda efforts and used their powers of censorship to help the government regain control of the narrative inside the country about a crisis that was growing rapidly. Reportedly, the Chinese government acted in order to present the image of it having more control over the situation than it actually did.

Citing alleged leaked documents, the report claims that China made an effort to remove the name of Wenliang from social media and trending news outlet pages upon the news of his death from the virus that he was the first to raise the alarm about. The actions also included the use of fake commenters flooding China's social platforms and comment sections on media to distract readers from the growing number of coronavirus reports, according to the investigation.

According to the report, China's efforts in controlling information and censorship are beyond those of any other country, as China's leader Xi Jinping was personally credited with launching a government operation in 2014 called the Cyberspace Administration of China.

China's threat to US national security has been a constant topic among US experts and policy-makers since the country became involved in an ongoing trade war with China, replete with spy scandals and accusations of China-backed cyber attacks on the government and private online systems. Some politicians, including the current US president, have accused China of failing to contain the spread of coronavirus, disrupting the normal routines of daily life and damaging the economies of the world.

Beijing has repeatedly denied all allegations made against it.