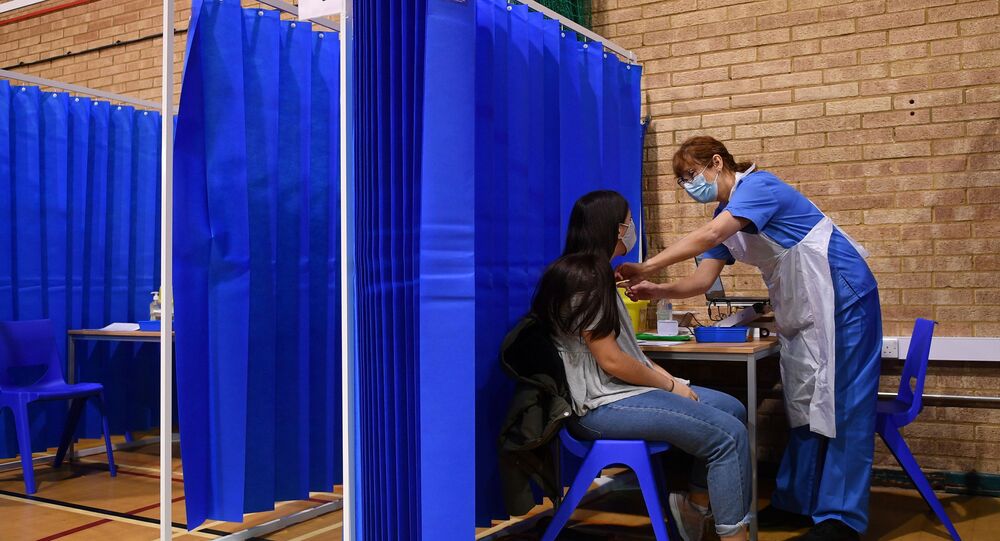 The news comes amid reports from Alaska and the UK that the COVID-19 vaccine produced by Pfizer and BioNTech triggered significant allergic reactions in some recipients.

The US Food and Drug Administration (FDA) announced on 18 December that it will be thoroughly looking into cases of allergic reactions in response to inoculations with the Pfizer coronavirus vaccine, sharing that it had not only received reports of such cases from Alaska, but also from other states. The decision comes in the wake of the recent start of a mass vaccination campaign in the US.

Director of the FDA’s Centre for Biologics Evaluation and Research Peter Marks said that the agency will be studying a total of five cases reported in the US in cooperation with the Centres for Disease Control and Prevention (CDC). He also shared that the FDA will also work with colleagues from the UK, which also reported allergic reactions in recipients last week.

"We’ll be looking at all the data we can from each of these reactions to sort out exactly what happened, and we’ll also be looking to try to understand which component of the vaccine might be helping to produce them", Marks said.

Peter Marks explained that the FDA has not yet singled-out the "culprit" behind the allergic reactions, but suspects polyethylene glycol – a chemical that is not only present in Pfizer's vaccine, but also in the coronavirus jab produced by Moderna. So far, the FDA is simply advising people with a history of severe allergic reactions not to get the jab.

The FDA official said the allergic reaction to the Pfizer vaccine might not be as rare as the authorities initially thought, but assured that adequate treatment for such cases is always available if a vaccination triggers an allergic response.

Previously, The New York Times reported on 16 December that a health worker in Alaska had suffered a serious allergic reaction after receiving Pfizer’s COVID-19 shot and was subsequently hospitalised. The worker reportedly had no prior history of allergies. Separately, the UK's Medicines and Healthcare products Regulatory Agency (MHRA) reported on 9 December that two NHS England workers had suffered allergic reactions after being inoculated with the Pfizer/BioNTech vaccine, which was approved for use in Britain earlier than in the US. The MHRA, like the FDA, advised people with a history of "significant" allergic reactions to avoid taking the vaccine until further notice.

As Mass COVID-19 Vaccination Began in US, Head of Pfizer Tells Why He Hasn’t Taken Shot Yet