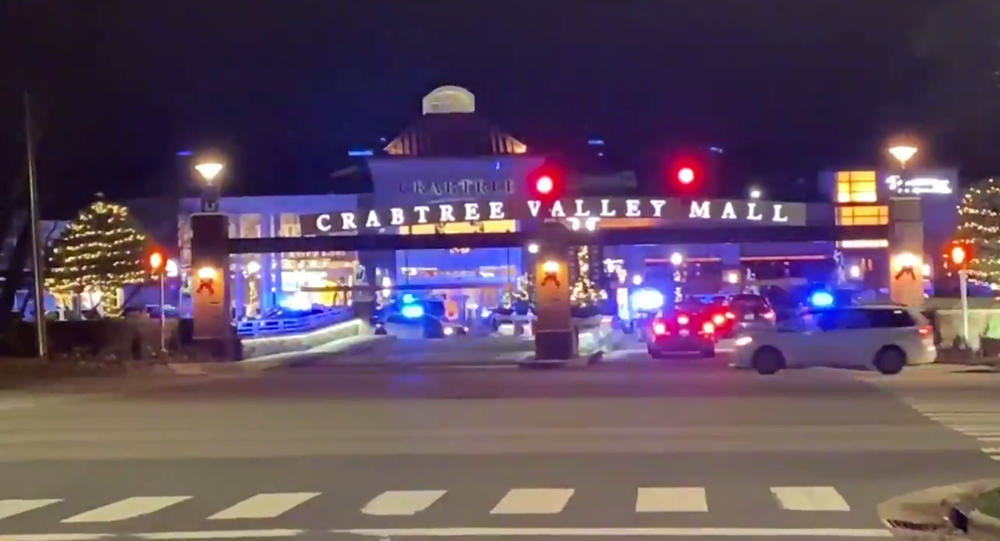 According to local police, officers are currently on the scene near Crabtree Valley Mall, conducting an investigation into the shooting incident.

Raleigh Police department said on Thursday that it responded to the reports of shots fired in Crabtree Valley Mall on Glenwood Avenue.

​"At approximately 8:47 p.m., officers responded to a report a shooting at Crabtree Valley Mall. Officers are currently on scene conducting a follow-up investigation", the police department tweeted.

According to CBS17.com, at least five shots were fired near the Macy’s store, and a trail of blood could also be observed. The mall was reportedly evacuated after the incident.

At approximately 8:47 p.m., officers responded to a report a shooting at Crabtree Valley Mall. Officers are currently on scene conducting a follow-up investigation.

A mall spokesperson thanked police for their timely response to the shooting.

"Thank you to the Raleigh Police for their timely response to tonight's incident. The safety and security of our guests, employees and retailers remains our top priority," a Crabtree Valley Mall spokesperson told Wral.com.

According to local media citing authorities, there is no active shooter inside the mall at this time.

It is unclear whether there are casualties or damage.

The main entrance to the mall is reportedly blocked by the police.

Shooting After Christmas Concert Outside Church of St. John the Divine in Manhattan, New York