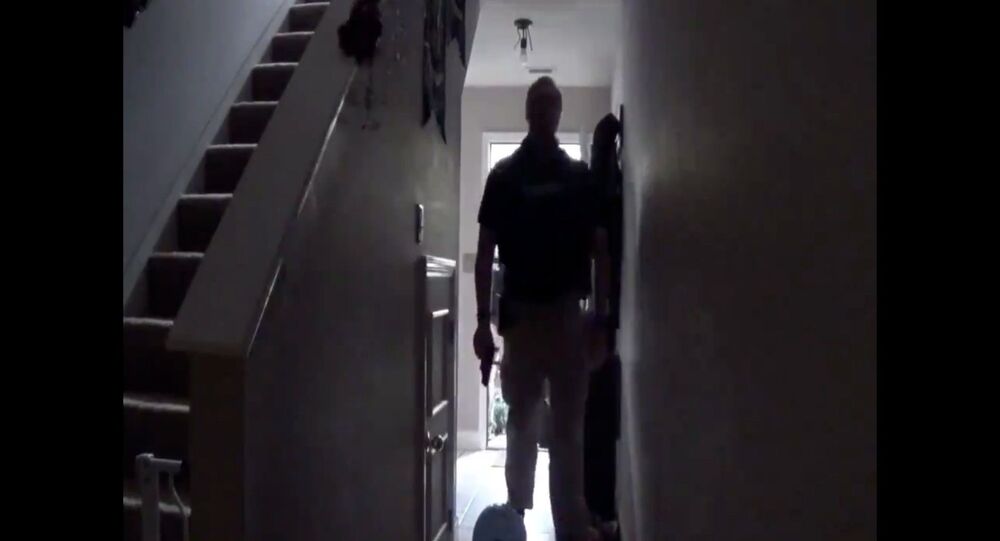 Rebekah Jones previously worked as a data scientist at Florida’s Department of Health and was praised early on during the pandemic for creating the Sunshine State’s COVID-19 dashboard; however, not long after, she was dismissed from her post over alleged insubordination.

Jones, who moved to launch her own COVID-19 dashboard after the unexpected firing, revealed late Monday via Twitter that her home was raided by several law enforcement officials earlier in the day.

In a Twitter thread, Jones noted that officials arrived at her home at about 8:30 a.m. local time to serve a search warrant in line with a complaint that was filed by the state’s Department of Health.

Video of the intense interaction shows Jones opening her front door and being immediately ushered out as at least three officers are seen entering the grounds and calling on Jones’ husband to meet them at the home’s entrance. Jones is overheard saying that her two children are also at the residence.

After conducting a deep pass through her home, officials ultimately left with all of the hardware Jones uses to keep her alternative COVID-19 dashboard running.

“They took my phone and the computer I use every day to post the case numbers in Florida, and the school cases for the entire country,” reads a tweet published by Jones. They took evidence of corruption at the state level. They claimed it was about a security breach.”

“This was [Florida Gov. Ron] DeSantis. He sent the gestapo,” Jones added, stressing that the raid is an example of “what happens to scientists who do their job honestly” or individuals “who speak truth to power.”

“If DeSantis thought pointing a gun in my face was a good way to get me to shut up, he's about to learn just how wrong he was. I'll have a new computer tomorrow. And then I'm going to get back to work,” she continued.

Gretl Plessinger, a spokesperson for the Florida Department of Law Enforcement, confirmed the raid in a statement to the Sun-Sentinel, explaining that the warrant was executed as part of a November 10 probe into an alleged unauthorized access to the state’s emergency alert system.

Plessinger said that agents suspected that someone at Jones’ home had “illegally” tapped into the emergency messaging system. “As in all cases, our role is to determine the facts of what happened, and a state attorney determines whether or not charges are filed,” the statement added.

Citing the search warrant, the outlet reported that the November 10 incident saw nearly 2,000 text messages deployed to the public through the emergency system that read: “It’s time to speak up before another 17,000 people are dead. You know this is wrong. You don’t have to be a part of this. Be a hero. Speak out before it’s too late.”

Jones has rejected the allegations, telling the Sun-Sentinel that she has “never had access to that system” and that she is “not a hacker.”

Jones had served as the geographic information system manager for the department’s Disease Control and Health Protection Division until officials dismissed her in May. According to the Miami Herald, Jones was given the pink slip for “insubordination” after she complained about the state’s lack of transparency and alleged manipulation of its COVID-19 data.