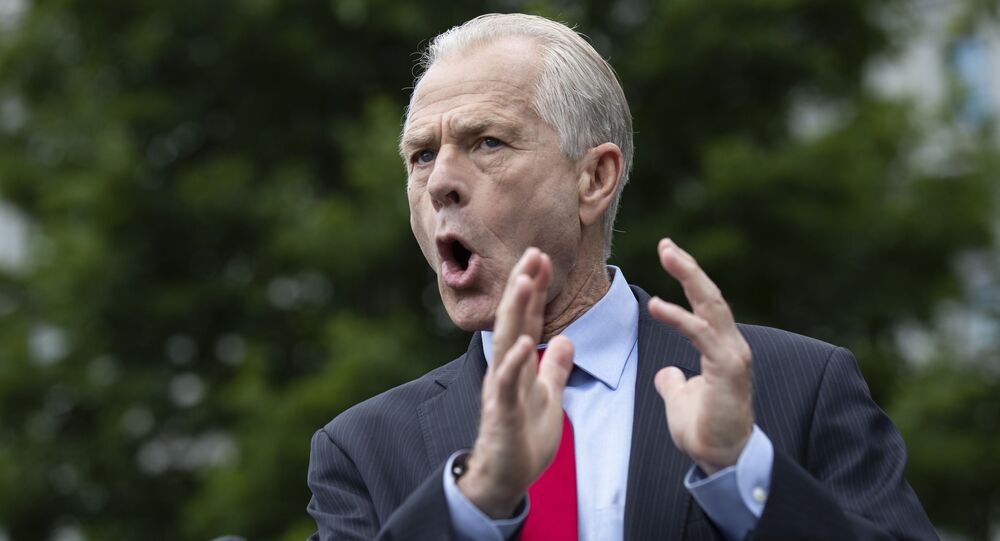 The Hatch Act of 1939, An Act to Prevent Pernicious Political Activities, prohibits civil servants in the executive branch of the US federal government from engaging in partisan political activity. The Office of Special Counsel advised in 2019 that White House counselor Kellyanne Conway be terminated over repeated violations.

Special Counsel Henry Kerner issued a memo Monday saying that Dr. Peter Navarro, an economist who serves as assistant to the president and director of Office for Trade and Manufacturing Policy, "engaged in prohibited political activity."

Citing investigative findings from the US Office of Special Counsel (OSC), the issuance addressed to US President Donald Trump detailed Navarro "violated the Hatch Act on several occasions when he engaged in political activity in his official capacity."

Kerner noted the Trump administration official provided no comment to the OSC when given the opportunity to respond to the probe's results.

Democratic vice-presidential nominee Sen. Kamala Harris (D-CA) was also disparaged by the Trump administration official. The investigation found that, on at least one occassion, Navarro referred to Harris as a "mouthpiece" who "knows nothing about China policy."

"His campaign rhetoric was intended to harm Mr. Biden’s presidential candidacy and encourage viewers not to vote for him in the 2020 election," the OSC assessed.

The economist-turned-civil servant is one of more than a dozen Trump administration officials accused of being in clear violation of the 1939 federal law.

In October alone, at least 16 officials in the US president's administration violated the Hatch Act, according to a November 2 report from Citizens for Responsibility and Ethics in Washington (CREW). The 16 civil servants allegedly racked up more than 60 cumulative violations.

“Trump has been openly dismissive of the Hatch Act and didn’t fire Conway when OSC recommended it,” CREW Deputy Director Donald Sherman said in October, The Guardian reported. “This administration has committed Hatch Act violations of a greater scope, scale and frequency than any administration in recent memory.”

CREW and Rep. Bill Pascrell Jr. (D-NJ) separately voiced their concerns to the special counsel around the November 3 presidential election. The latter accused the US president of "using the White House and Old Executive Office Building as a campaign command center and election day war room."

‘Strategic Autonomy’ for EU Would Allow Bloc to Defend Against Sanctions, Borrell Says