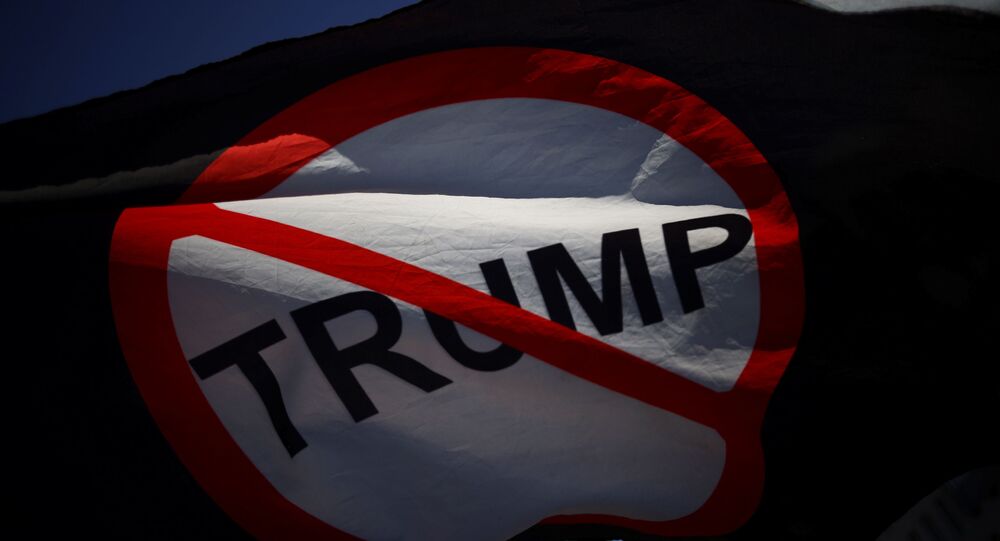 As the 11 December deadline before the end of government funding nears, it's still unclear whether lawmakers will be able to pass a spending bill to avert another shutdown.

Several Republican senators woke up on Tuesday to find out that their Washington houses had been bombarded with bodybags by COVID-19 relief activists.

Senators Mitch McConnell, Susan Collins, James Inhofe, and Lindsey Graham were on the receiving end of the activists' ire.

"GOP senators led by Senate Majority Leader Mitch McConnell have been blocking House-passed COVID relief for months. Today we brought the bodies to their doorsteps", the group SPACEs In Action said in a post on Twitter.

🎥 Today we brought the bodies to their doorsteps. pic.twitter.com/40P7Fmv5l6

​The demarche came as lawmakers announced a $908 billion bipartisan agreement to help the nation deal with the economic consequences of the coronavirus pandemic as infections and skyrocketing unemployment rates have gripped the nation.

The agreement endorsed by a bipartisan group of 50 senators stipulated the allocation of some $300 billion to support small businesses, $240 billion in aid for state and local governments, $180 billion to extend boosted unemployment benefits at $300 per week for four months, and a temporary moratorium on COVID liability lawsuits.

McConnell, however, rejected the agreement, saying that he is focused on putting forward a Republican COVID relief plan that will be signed by President Trump.

The US Congress has been locked in a stalemate on a successive package to the CARES Act passed in March. Republican and Democratic lawmakers have been feuding over the size of the next relief package as thousands of Americans risk losing their jobs without further aid.

Lawmakers have to pass a spending bill by 11 December to prevent a government shutdown. Though lawmakers have reportedly agreed on an overall $1.4 trillion price tag for the budget, they still have to decide where all this money will go.