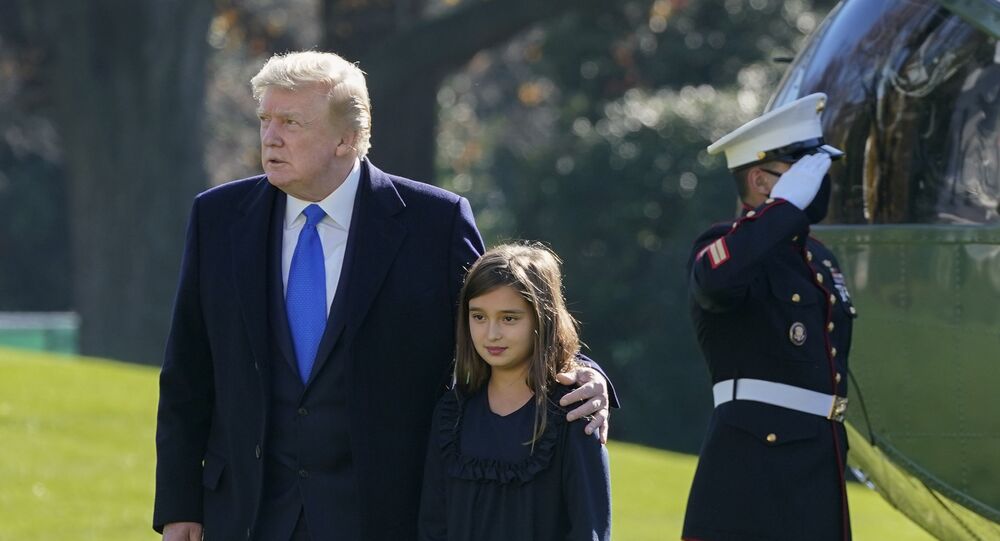 The US Economic Injury Disaster Loan (EIDL) and Paycheck Protection Program (PPP) were initiated as primary sources of support given by the US government to small business amidst the COVID-19 pandemic, and the main means of the CARES act, worth some $2.2 trillion, approved by Congress and the US president in March.

Upon Tuesday's release of data showing the names of around 10 million businesses and individuals who received financial aid under the $2.2 trillion pandemic CARES Act, NBC news reported on Wednesday that among those recipients were entities with ties to the Trump Organization and some to properties owned by the president's son-in-law, Jared Kushner.

According to the report, after months of legal wrangling on its publishing, the Small Businesses Administration (SBA) released a dataset including the names of every small business across the US that received an EIDL or a PPP loan under the act.

"Over 25 PPP loans worth more than $3.65 million were given to businesses with addresses at Trump and Kushner real estate properties, paying rent to those owners. Fifteen of the businesses self-reported that they only kept one job, zero jobs or did not report a number at all", NBC News stated.

Originally, PPP loans, over $700 billion worth, approved in the spring by the Trump administration and the US Congress, were meant to support small businesses across the nation with payroll, utilities, mortgage interest payments and rent, under the circumstances of the COVID-19 pandemic. According to the report, SBA data shows that businesses tied to the president's family were major beneficiaries of this program.

"The loans to businesses located at Trump and Kushner properties included a $2,164,543 loan to the Triomphe Restaurant Corp., at the Trump International Hotel & Tower in New York City. The company reported the money didn’t go to keeping any jobs. It later closed", the report highlighted.

A property in New jersey belonging to Kushner, named LB City Inc., reportedly received a loan of over $505,000 to keep its 155 jobs, while four renters at his New York City property received $204,000 altogether, reserving only six jobs.

The data has sparked a wave of criticism from government accountability groups, as it indicates that reportedly over half of the intended PPP funds went to just 5 percent of recipients, and larger businesses benefited more from it in general than small business.

"The Trump Organization was specifically excluded from receiving PPP money, per Senate legislation. In other words, no Trump entity received pandemic-related loans from the government", NBC news quoted a Trump Organization spokeswoman, Kimberly Benza, who denied the allegations.

As of November, the Small Business Administration, has processed more than 5.2 million PPP loans to individuals, worth $525 billion in total. The SBA was initially tasked with approving and processing the money. It also reportedly processed EIDL loans worth some $195 billion.