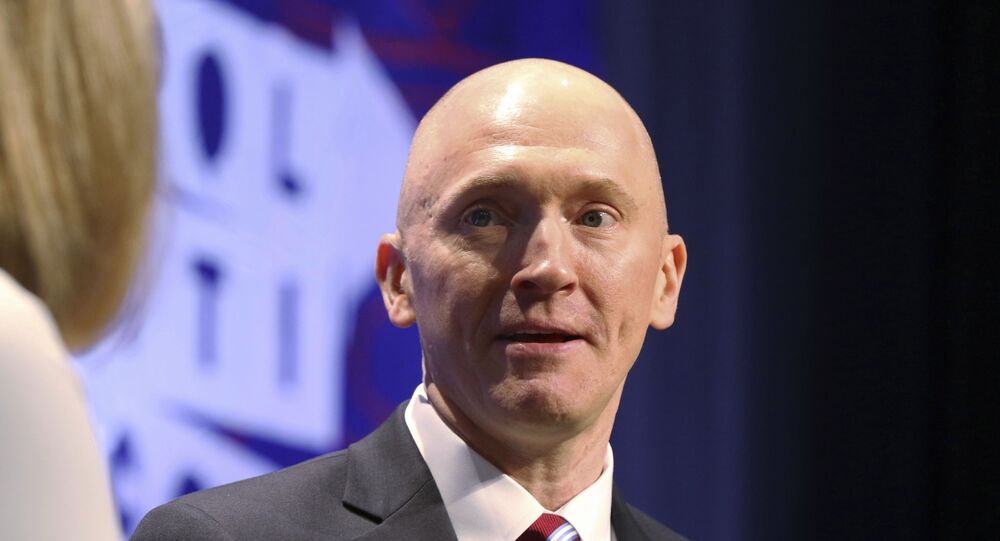 Carter Page was the victim of the now-discredited Steele dossier that was used to obtain warrants to eavesdrop on him, with the justification of allegedly having ties to Russian officials during the 2016 election campaign.

A former Trump aide in the 2016 campaign, Carter Page, has filed a $75 million lawsuit against the Department of Justice and former FBI Director James Comey for illegally spying on him.

Page wants to hold accountable those officials responsible for what he calls the "most egregious abuse" of the Foreign Intelligence Surveillance Act (FISA), in which they relied on the now-disgraced dossier by former English spy Christopher Steele.

In the 59-page complaint, Page seeks relief for "multiple violations of his Constitutional and other legal rights in connection with unlawful surveillance and investigation of him by the United States Government".

The Steele dossier helped trigger almost two years of a probe into alleged Russia's interference in the US 2016 election, widely known in the media as "Russiagate". The allegations claimed that the Trump campaign colluded with Russian officials in order to obtain victory in the election. However, the final report of former Special Counsel Robert Mueller stated that no evidence of collusion between Trump and Russia was found.

Last month, lawmakers probing the origins of Russiagate demanded an unredacted copy of the 94-page spreadsheet that reportedly details unsuccessful FBI attempts to validate the bogus dossier. According to the senators, a heavily reduced version previously made public showed that the FBI failed to corroborate key information in the dossier, but continued to use it to justify surveillance against Page.

One of the authors seeking a copy of the original spreadsheet, Senate Homeland Security and Governmental Affairs Committee Chair Ron Johnson, posted in late October about the mainstream media using double standards in their coverage of "Russiagate" and the alleged corruption on the part of the Biden family.

In August, ex-FBI lawyer Kevin Clinesmith admitted to falsifying an email to renew a warrant to spy on Page. FBI investigators first obtained court permission in October 2016 to wiretap Page. The court agreed to extend wiretap warrants, based in part on the altered email from Clinesmith.

Despite the conclusions of Mueller's report, media reports suggest that if Biden indeed occupies the White House in January, Democrats will revive Russiagate.