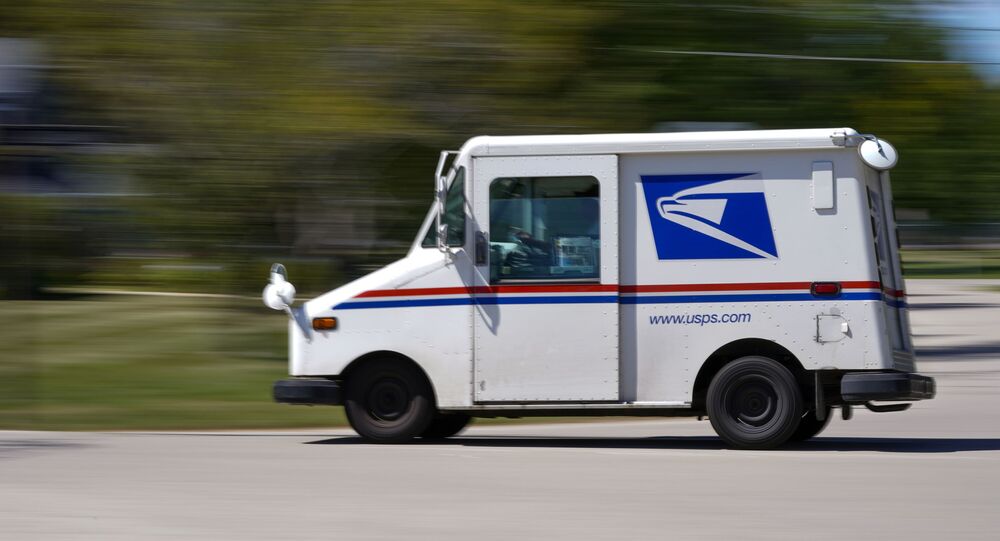 Ahead of Election Day, US District Judge Emmet Sullivan pushed for "extraordinary measures" on the part of the US Postal Service (USPS) to expedite the delivery of mail-in ballots.

US President Donald Trump and the USPS have appealed a federal judge's ruling barring service changes and rushing the delivery of ballots prior to the presidential election on 3rd November, the Department of Justice said on Friday.

According to Sullivan's order issued prior to 3rd November, the postal service had to provide for "every ballot possible" to be delivered "by the cutoff time on Election Day" and ensure that "all ballots with a local destination must be cleared and processed on the same day or no later than the next morning for delivery to local offices, from now through at least 7 November".

The order is primarily aimed at postal districts that had faced difficulty in sending out timely ballots, as well as states that would not count ballots received after the election day deadline.

As of today, Donald Trump has refused to concede to what he calls a "rigged" election in favour of Democrat Joe Biden, who is projected by major media outlets to become the next president of the United States. His campaign has filed numerous lawsuits in the key battleground states where they believe mass election fraud and irregularities could have taken place.

Biden did poorly in big cities (Politico), except those of Detroit (more votes than people!), Philadelphia, Atlanta and Milwaukee, which he had to win. Not surprisingly, they are all located in the most important swing states, and are long known for being politically corrupt!

While Trump cites witness accounts of fraud and irregularities during this year's election, prior to the voting, he had also been critical of mail-in ballots. Voting by mail had been endorsed by Democrats as a safe way for Americans to make their choice amid the pandemic. However, President Trump repeatedly warned that mail-in ballots could potentially lead to widespread voter fraud.