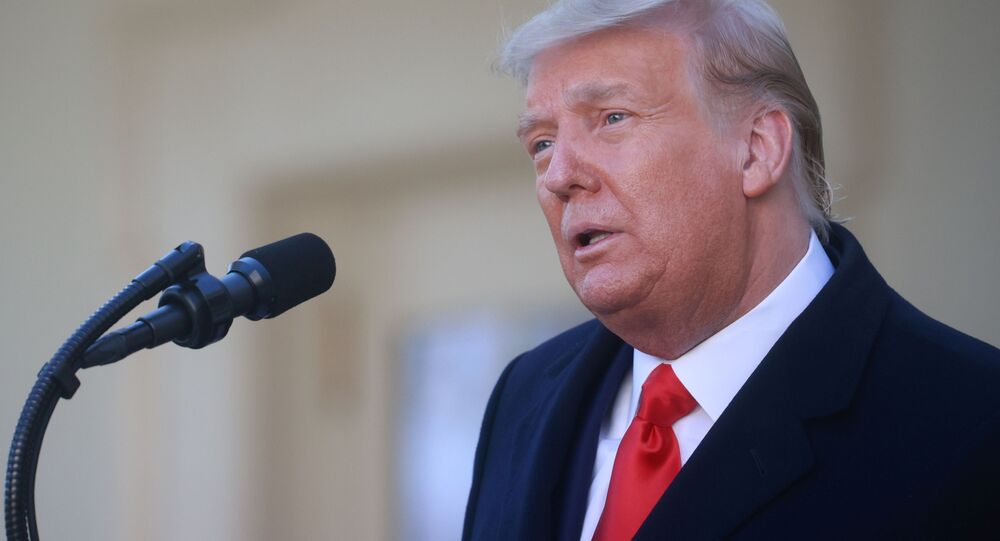 The US president previously said that the vaccine would be available before the 3 November presidential election, prompting criticism from Democrats who believed he was rushing its development.

The delivery of the vaccine against COVID-19 will kick off next week, US President Donald Trump announced on Thursday.

The delivery will start "literally next week and the week after", the US president said while speaking to US troops via a teleconference on Thanksgiving Day.

Trump earlier warned that Pfizer, the developer of the coronavirus vaccine, together with Democrats and the US Food and Drug Administration (FDA) were deliberately holding up their work in order to delay the potential vaccine distribution until after the recent presidential election.

Pfizer, in its defence, said it was not intentionally slowing down vaccine development but was "moving at the speed of science". At the same time, it has praised its vaccine, developed in partnership with BioNTech, for being more than 90 percent effective.

Trump had repeatedly promised that the vaccine would be ready by 3 November. Later, he said that Pfizer was going to obtain the FDA's approval by the end of this month.