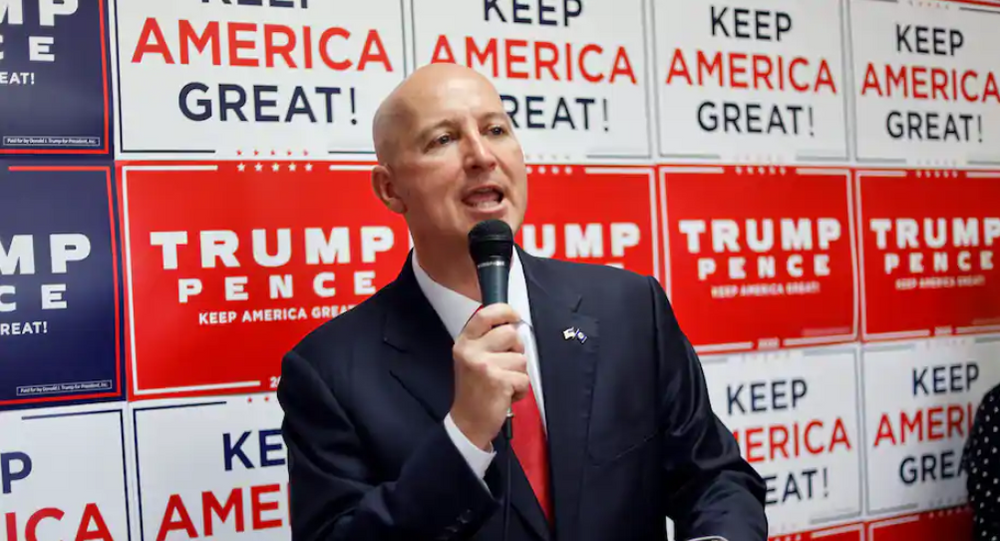 The server who recorded the now-viral video of GOP Nebraska Governor Pete Ricketts posing for a photo while not wearing a mask at a public restaurant has been fired.

The video, recorded and shared on social media by 25-year-old single parent Karina Montanez, went viral this week, as it shows Ricketts dining with a group of maskless patrons on Election Day. The footage has fostered a feeding frenzy for those angry with Ricketts' refusal to issue a mask mandate in the state he governs as COVID-19 cases and deaths in the state are surging alongside the rest of the country.

Social media users shamed the governor for refusing to impose a statewide mask mandate as Nebraska is seeing a major surge in COVID-19 cases.

Montanez saw repercussions as well, after she was fired from her job on Tuesday, reportedly for violating the company’s social media and cellphone policy, according to the owner. The Washington Post reported that the single mom was fired from jobs at an Omaha-based sports bar and a restaurant called DJ's Dugout after posting videos of Ricketts.

🙄 bald headed ricketts in the building y'all! pic.twitter.com/63oqaSgw4Q

“What are you doing, Pete? We’re in a pandemic, Pete,” she narrated in the video as she recorded Ricketts from across the room.

Montanez told the Post that she felt that there was no other choice but to record Ricketts when she saw him remove his mask, blatantly disregarding social distancing rules earlier this month.

“It was a slap in the face,” stated Montanez, adding, “You’re supposed to be taking care of us and you’re out here acting like a celebrity, while people are fighting for their lives and are in hospitals dying right now.”

The governor has maintained that a mask mandate is inappropriate for the state of Nebraska and would "breed resistance," although he has urged people to voluntarily wear face coverings.

A spokesman for Ricketts's office told a local Fox affiliate, KPTM, that the state does not require people to wear masks when seated in bars or restaurants, asserting that the governor only took off his mask for photos and while eating.