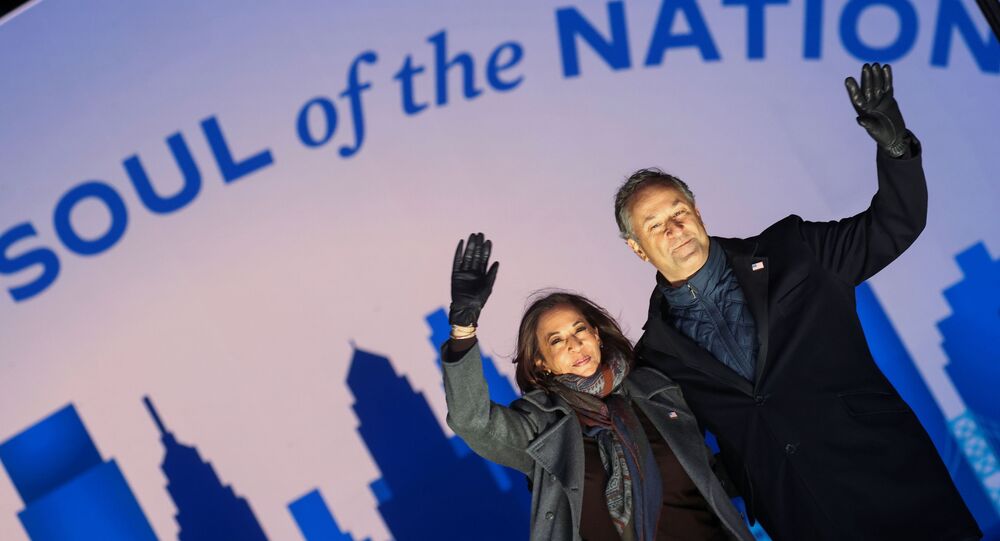 Lawyer Doug Emhoff had already taken several months off work at DLA Piper to support his wife on the campaign trail before Tuesday's announcement that he would be leaving the firm to take a job in Joe Biden's provisional governing team.

The husband of Democratic vice-presidential candidate Kamala Harris is leaving his law firm to take up a job in Joe Biden's shadow administration.

A Biden campaign spokesperson said on Tuesday that Doug Emhoff would leave his firm DLA Piper before January 20, when the winners of last Tuesday's still-contested election will be sworn in as president and vice-president.

"Mr Emhoff is working with the Biden-Harris transition team to develop the portfolio he will focus on to support the work of the administration," the spokesperson said.

Emhoff had already taken an extended leave of absence from DLA Piper in August after Biden named Harris as his running mate - a surprise choice of the one-time presidential hopeful dropped out of the Democratic primary race early on after failing to win significant support or funding for her campaign.

Emhoff, who is licensed to practice law in California and Washington DC, works at the firm's Los Angeles office. Harris served as attorney general in California from 2011 to 2017 before being elected to the Senate there. The firm's Washington office specialises in political lobbying, not law.

He "represents large domestic and international corporations and some of today's highest profile individuals and influencers in complex business, real estate and intellectual property litigation disputes,” according to Emhoff's profile on the DLA Piper website.

BRANDON BELL
Twitter Videos of Siri Saying Kamala Harris is POTUS Prompt LOLZ and Conspiracy Theories Online
If Biden's early claim to victory is eventually confirmed, Harris will be the first woman and black person to serve as US vice president. Likewise, Emhoff will be the first US 'second gentleman' and first Jewish person married to either a VP or president.

President Donald Trump was accused of nepotism when he appointed his son-in-law Jared Kushner as his senior advisor on the Middle East peace process.