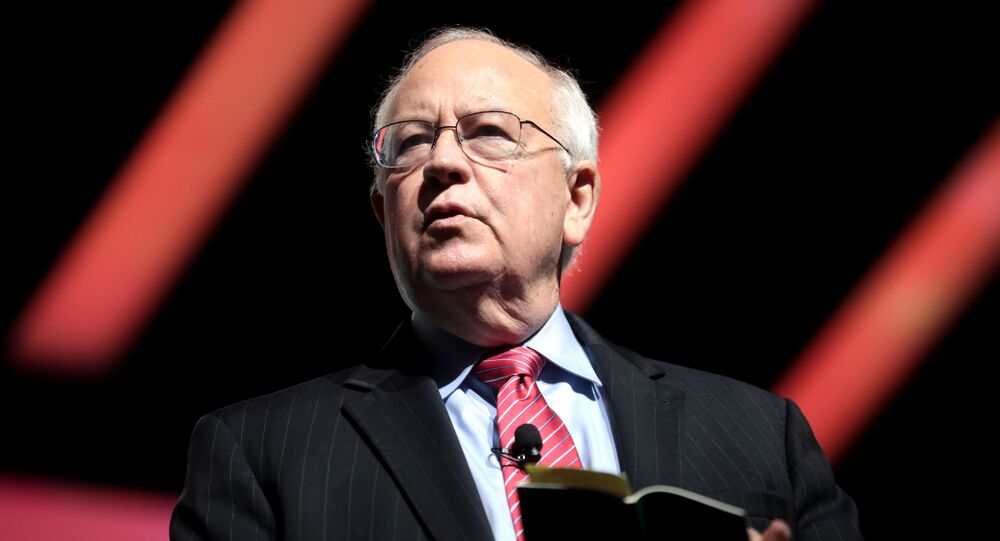 Judge Ken Starr warned Pennsylvania election officials may be breaking state and federal law - and even be in breach of the constitution - by counting mail-in ballots that arrived after the close of polling in last Tuesday's presidential election.

US President Donald Trump has hailed support from the judge who probed Bill Clinton in his challenge to election results in Pennsylvania.

Trump tweeted on Tuesday that former US solicitor general Judge Ken Starr had dubbed a "constitutional travesty" the Pennsylvania Supreme Court's decision to allow mail-in ballots received up to three days after election day last Tuesday - even if they lack a postmark to prove they were posted before the polls closed.

​Starr made the comments to Fox News presenter Mark Levin on Sunday night on his Life, Liberty & Levin programme, after the host read out article II of the US constitution, which grants state legislatures the sole power to rule how elections are decided.

"What happened in Pennsylvania over these recent weeks is a constitutional travesty," Starr said, citing tate Governor Tom Wolf's attempts to change the rules. "Governor Wolf tries to get his reforms, his vision, as he was entitled to do, through the legislature of the Commonwealth of Pennsylvania," he said. "He failed. He then goes to the state Supreme Court, which by a divided vote, accepted the substance of what Governor Wolf was doing, and then added thereon nooks and crannies as well."

Trump was leading Democratic Party candidate, former vice-president Joe Biden, by a wide margin in Pennsylvania on election night when counting stopped in the small hours of the morning, after which a huge cache of mail-in ballots were delivered to counting centres. At a weekend press conference, Trump attorney Rudy Giuliani was joined by Republican election observers who said they were prevented from exercising their right to scrutinise the ballots, while counting centre staff boarded up the windows to stop those outside watching. No state has so far finished counting ballots a week after the election, although the national media has called the result for Biden.

Last Friday, Pennsylvania Supreme Court Justice Samuel Alito ordered all postal ballots received after the close of polling at 8pm on Tuesday to be separated - but stopped short of granting a Republican Party petition that the count be stopped.

Starr agreed. "In fact, to count every vote may be a crime ... under federal law. It's definitely a crime under state law, if - and here's the key word - illegal," he said. "It's shameful that Vice President Biden's people and the vice president himself are saying 'Count Every Vote' and selling a lot of T-shirts. That is ... an invitation for absolute lawlessness."

This year Starr was hired as part of Trump's defence team in the unsuccessful Democrat bid to impeach the president over his attempts to expose Biden's alleged corrupt dealings with the Ukrainian government.