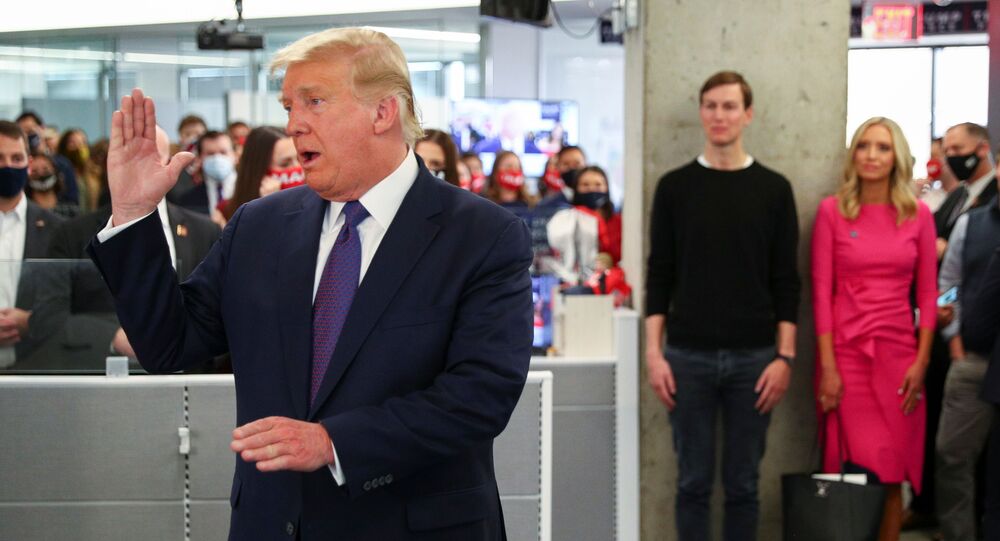 MOSCOW (Sputnik) - Incumbent US President Donald Trump plans to hold a series of campaign-style rallies in an effort to continue the struggle for vote recounts in several key states in the wake of Joe Biden’s projected victory in the presidential election, the Axios news portal reported, citing presidential advisers.

According to the media outlet, Trump intends to announce the creation of special vote recount teams in Georgia, Arizona and Pennsylvania.

The publication notes that during these rallies, the teams will show obituaries of people who allegedly voted but are dead in reality. The US media previously reported that there were several cases of "dead souls" voting in the election.

© Photo : Dr. Jill Biden/twitter
Biden Appears to be Trolling Trump With Response to MAGA Hat
While the official results of the 2020 US presidential election are not out yet, a number of world leaders and politicians have already congratulated Biden, who delivered an address to the nation along with his running mate, Kamala Harris, on Saturday, claiming their victory in the presidential race.

All major US media have already declared Biden the winner.

Trump has argued that the race was not over yet and said that the election was fraudulent and his campaign was going to begin asserting its claim to victory in court.