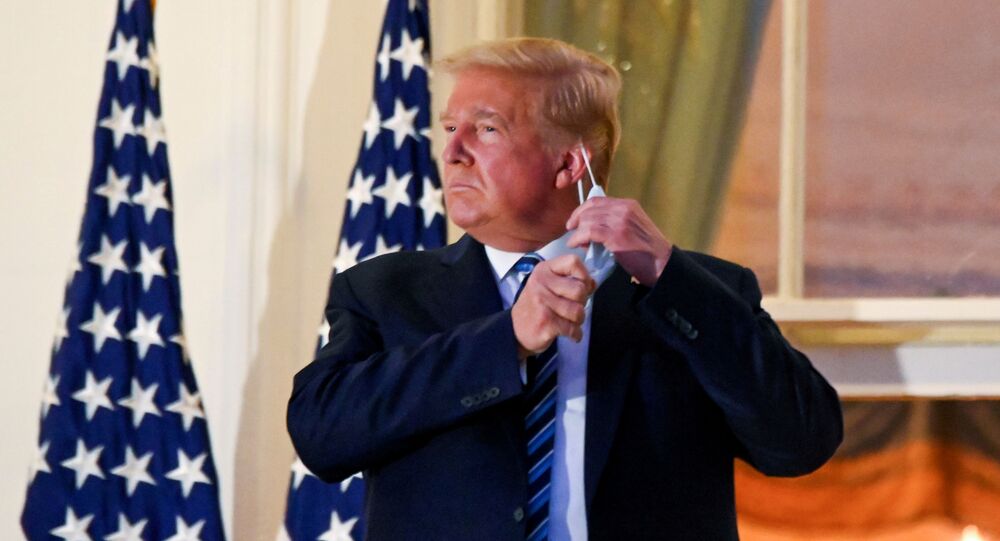 In a news release sent to reporters on Tuesday, the White House Office of Science and Technology listed “ending the COVID-19 pandemic” as one of US President Donald Trump’s first-term accomplishments, despite the fact that COVID-19 cases continue to skyrocket in the US.

According to the release, the Trump administration “has taken decisive actions to engage scientists and health professionals in academia, industry and government to understand, treat and defeat the disease."

​However, the rosy outlook does not reflect the current reality plaguing the US.

As of Wednesday, more than 9 million cases of the novel coronavirus had been reported in the US, with over 232,000 deaths as a result, Worldometer’s COVID-19 data states. According to the COVID Tracking Project, there are more than 44,000 people in the US currently hospitalized due to the respiratory disease.

"Cases are still rising, and we need the American public to remain vigilant," she explained. "This is the top priority of the president, defeating this virus and rebuilding our economy. But we are rounding the corner, because we think that we will have a vaccine by the end of the year, and because of the president's leadership, we expect that we'll be able to massively deploy that on a large scale to as many as 100 million Americans by the end of the year."

When host Sandra Smith asked Farah whether the president believes the virus has been defeated, Farah responded: “No, absolutely not. That was poorly worded. I think that the intent was to say that it is our goal to end the virus,” Fox News reported.

"We are rushing therapeutics. … We've got remdesivir on the market that people are able to use. We've got monoclonal antibodies, we've got steroids that are able to be used to treat the most vulnerable. We have massive testing and the ability to isolate cases," Farah added.

On Sunday, White House Chief of Staff Mark Meadows said that the Trump administration is "not going to control the pandemic" before a vaccine is available, because COVID-19 “is a contagious virus,” USA Today reported.

Throughout the election season, Trump has held rallies drawing thousands of people with minimal social distancing and mask-wearing and has repeatedly downplayed the severity of the disease.

"Covid, Covid, Covid is the unified chant of the Fake News Lamestream Media. They will talk about nothing else until November 4th., when the Election will be (hopefully!) over. Then the talk will be how low the death rate is, plenty of hospital rooms, & many tests of young people," Trump tweeted Wednesday.