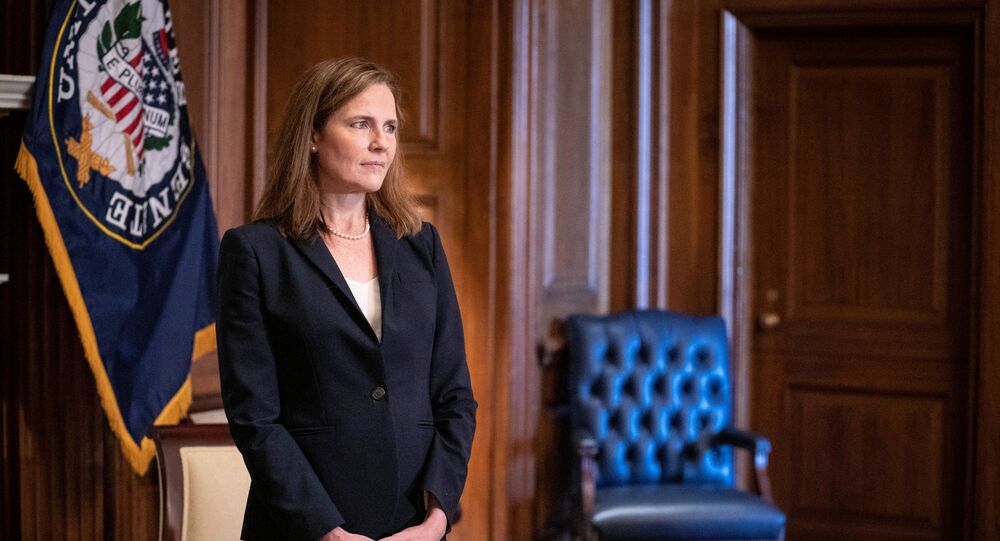 The US Senate has confirmed the appointment of Judge Amy Coney Barrett to fill the seat previously held by the late Ruth Bader Ginsburg as an associate justice on the US Supreme Court.

By a vote of 52 to 48, the Republican-controlled US Senate approved US President Donald Trump’s appointment of the 48-year-old Barrett, a federal appeals court judge from Indiana, to become the newest US Supreme Court justice.

Just one Republican dissented from the majority: Sen. Susan Collins of Maine.

The decision gives conservatives on the court a decisive 6-3 majority.

Just over an hour later Barrett was sworn in as Supreme Court Justice in a ceremony at the White House.

Barrett’s appointment, just over a week before the US presidential election on November 3, was strongly opposed by Democrats, who argued in Senate Majority Leader Mitch McConnell’s (R-KY) own words from 2016 that “the American people should have a voice in the selection of their next Supreme Court Justice. Therefore, this vacancy should not be filled until we have a new president.”

“This is something to be really proud of and feel good about,” McConnell said on Sunday, scoffing at fears of a growing politicization of the judicial branch that “they won’t be able to do much about this for a long time to come.”

The September 26 event in the White House Rose Garden at which Trump announced his nomination of Barrett to fill the vacancy left by Ginsburg, who died on September 18 from colon cancer, became a “super-spreader” event after several attendees with COVID-19 passed the disease to at least 34 White House staffers and attendees, according to a memo obtained by ABC News.

With just 53 seats in the 100-person Senate, Republicans would have struggled to push through Barrett’s confirmation without winning over several of their Democratic colleagues if McConnell had not engineered a rule change in April 2017 that made passing nominees require a simple 50-person majority instead of the 60-person majority previously mandated.