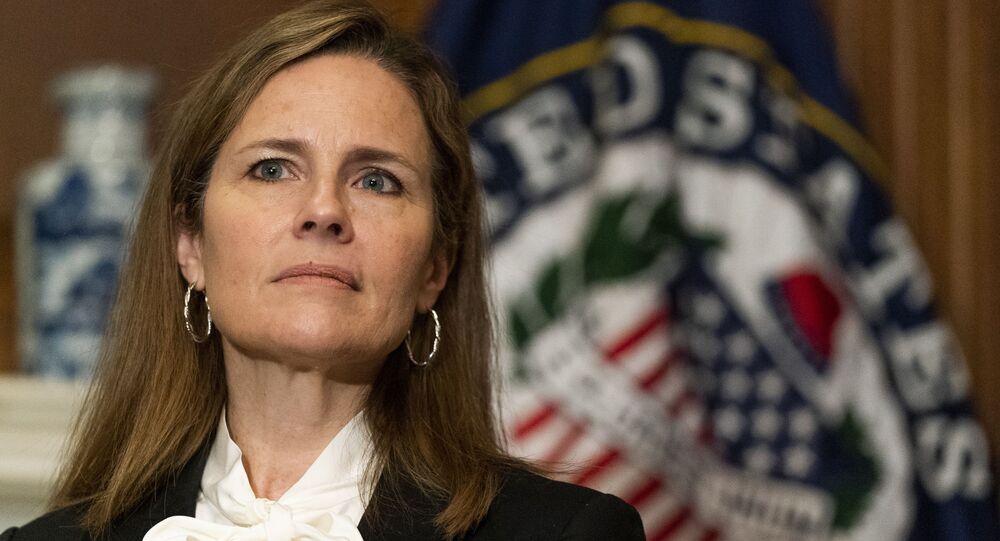 The final vote on 48-year-old Amy Coney Barrett’s nomination as a new justice is expected to be held on 26 October.

Sputnik is airing live from the US Senate, which has held an essential procedural vote on Sunday to limit debate on Judge Amy Coney Barrett's Supreme Court nomination, paving the way for a final confirmation vote slated for Monday.

Congressional Democrats have meanwhile been looking to prevent the conservative judge from being elevated to the top court role, accusing the GOP of rushing the confirmation ahead of the presidential election. Regardless, the nomination for the SCOTUS seat, which was left vacant after the death of prominent liberal Justice Ruth Bader Ginsburg last month, is expected to succeed with the support of most Senate Republicans, who hold a majority in the upper chamber of Congress.

The Dems have put Obama’s healthcare reform, referred to as Obamacare, at the centre of their opposition to the nomination of Barrett, who earlier voiced criticism of it.

While the Democrats for their part continue to endorse Obamacare, the Supreme Court is due to hear arguments in the case involving it on 10 November.