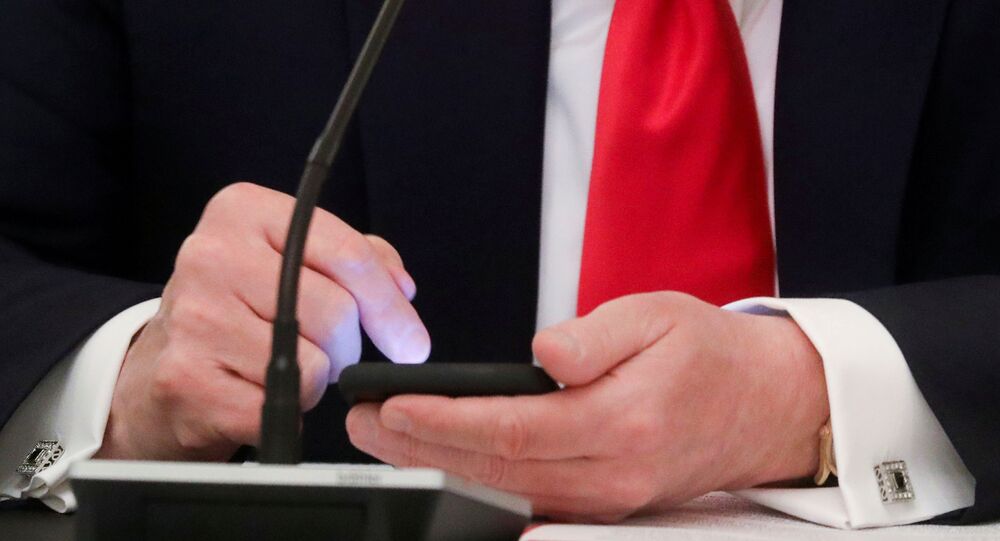 Earlier this week, Dutch security researcher Victor Gevers claimed he had managed to gain access to the US president's Twitter account, using the password "maga2020", adding that there was no two-step verification or any other additional protection.

According to the initial reports, Gevers, who helps companies and people to expose vulnerabilities in their security systems, had correctly guessed the president's password, "maga2020". Gevers posted a screenshot allegedly showing that he had got access to the account; however, some media outlets noted that the picture showed the president's Twitter bio without the American flag emoji that it displays.

"We've seen no evidence to corroborate this claim, including from the article published in the Netherlands today. We proactively implemented account security measures for a designated group of high-profile, election-related Twitter accounts in the United States, including federal branches of government", the official statement from the tech giant says.

The White House also denied the claim, calling the report "absolutely not true".

​Gevers claimed that he did not tweet anything on behalf of Trump, but sent an email to the president, his family, and his campaign informing them of the hack and later also contacted intelligence agencies, but received no response. Finally, he reportedly sent a message to the US Secret Service, which, according to the hacker, contacted him two days later to address the issue.