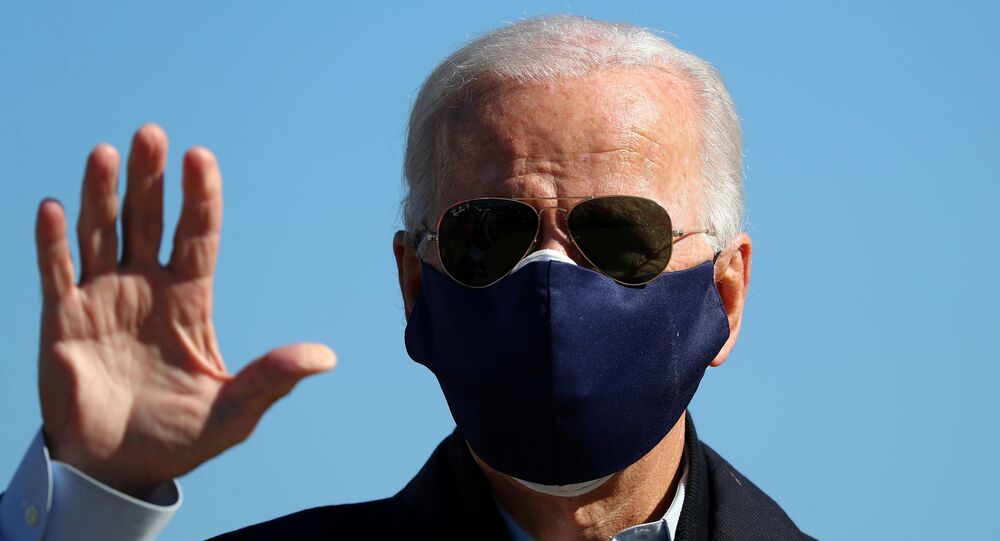 As election day is drawing closer in the US, both Democratic presidential nominee Joe Biden and incumbent POTUS Donald Trump have ramped up their campaigns. The two candidates are scheduled to hold their second and final televised debate on 22 October.

The Biden campaign has faced a backlash after showing an advertisement depicting a Michigan investor and tech CEO as a struggling bar owner.

The add posted on Youtube last Thursday, which then aired on CBS during NFL games on Sunday, features Joe Malcoun, a co-owner of The Blind Pig bar - once a popular place in Ann Arbor, Michigan.

“For 50 years, The Blind Pig has been open and crowded – but right now it’s an empty room. This is the reality of Trump’s COVID response,” he said.

What the ad doesn't say, however, is that Malcoun is also a prominent "angel investor" in local tech companies and served as CEO of Nutshell, a customer relationship management software company, so he is unlikely to face economic ruin due to the bar's downturn.

After inheriting money from his wife's grandfather, Malcoun founded CKM Capital Partners in 2013 and became an investor in local tech companies, according to an 2018 interview.

Biden ad featuring Joe Malcoun, part owner of the Blind Pig bar in Ann Arbor, failed to identify him as a wealthy long-time Democrat donor. Detroit Free Press says the bar is a passion project but they have other income sources.

He blamed Trump for Whitmer lockdown he supported. pic.twitter.com/CkMIZWowIn

Wow, Blind Pig (Cleveland bar) blaming their lack of business on Trump. Not on @GovMikeDeWine, who shut them down then allowed limited capacity with a 10pm curfew. Oh...and the @Browns look awful.

@jmalcoun publicly supported Gov. Whitmer’s stay at home order which actually kept small businesses like the Blind Pig closed. THEN stars in a Biden ad saying it’s Trumps fault. Dems are at least consistent with being a pack of hypocrites, and @jmalcoun is a glaring example.

Owner of Blind Pig is mad that he was closed by Michigan gov and blames the Trump response of not shutting things down? Did someone in the ad agency storyboard this before shooting and editing?