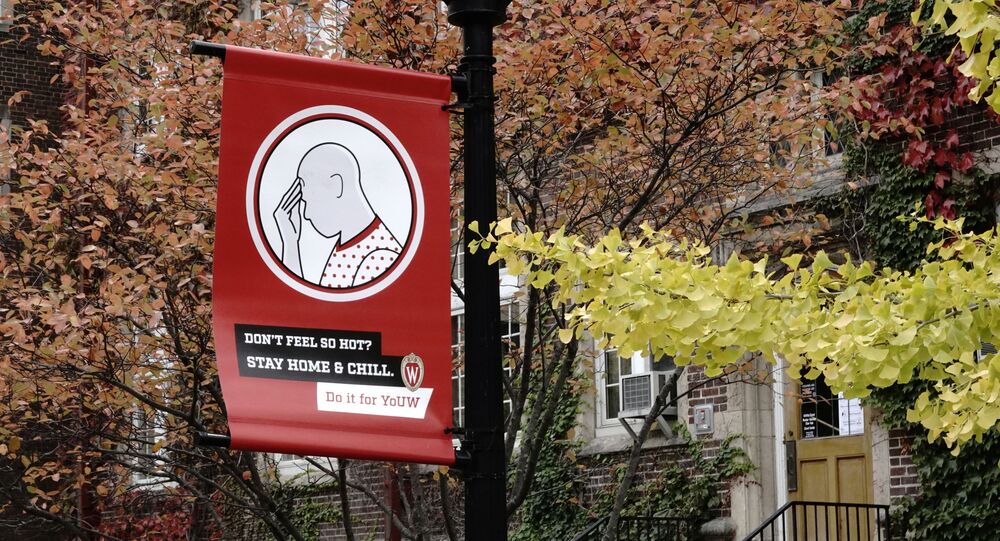 WASHINGTON (Sputnik) - The true death toll from COVID-19 likely exceeds 400,000, nearly twice the official tally, according to a report by the Centers for Disease Control and Prevention (CDC) based on an analysis of "excess deaths" in the first eight months of the novel coronavirus pandemic.

The report defined excess deaths as the number of persons who have died from all causes, compared with average mortality, using data from 2015-2019 as the basis for comparison.

"Overall, an estimated 299,028 excess deaths occurred from late January through October 3, 2020, with 198,081 (66 percent) excess deaths attributed to COVID-19. The largest percentage increases were seen among adults aged 25-44 years and among Hispanic or Latino persons," the report said on Tuesday.

The excess novel coronavirus deaths would be in addition to the official toll of 216,025 published by the CDC on October 15, the report said.

The total number of excess deaths ranged from a low of 841 for people under age 25 to a high of 94,646 among adults aged 75-84 years. However, the average percentage change in deaths compared with previous years was largest for adults aged 25-44 years (26.5 percent), the report said.

The report noted that measures of excess deaths have been used to estimate the impact of past pandemics, as well as natural disasters, particularly when there are questions about potential undercounts.

Official tallies of COVID-19-related deaths could be limited by factors such as the use of diagnostic testing, including postmortem testing, and inaccurate cause of death information on death certificates, according to the report.

US Records One COVID-19 Death Every Minute as Death Toll Surpasses 154,000