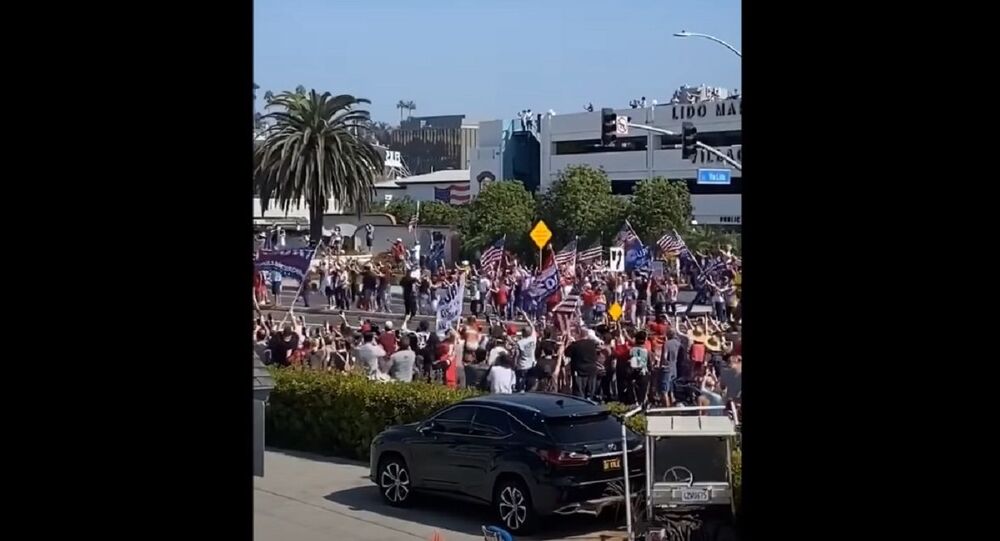 President Trump arrived in Orange County, California for a fundraising event as part of his presidential campaign ahead of the nationwide vote that is now less than three weeks away.

White House Press Secretary Kayleigh McEnany has shared a video on her Twitter page showing "thousands upon thousands" of Trump supporters who came out in force in Orange County to line the route taken by the President's motorcade on his way to a fundraising event.

In the video, shot from inside one of the cars in the procession, myriads of people, some in red MAGA (Make America Great Again) hats, are seen cheering and waving pro-Trump flags at the car procession.

​President Trump attended the fundraiser only 16 days before Americans will head to polling stations in the nationwide election. In 2016, the state of California largely voted for Hillary Clinton, giving her 61.7% of votes compared to Trump's 31.6%.

However, the margin was much narrower in Orange County, as Clinton won over Trump by 4.9 points.