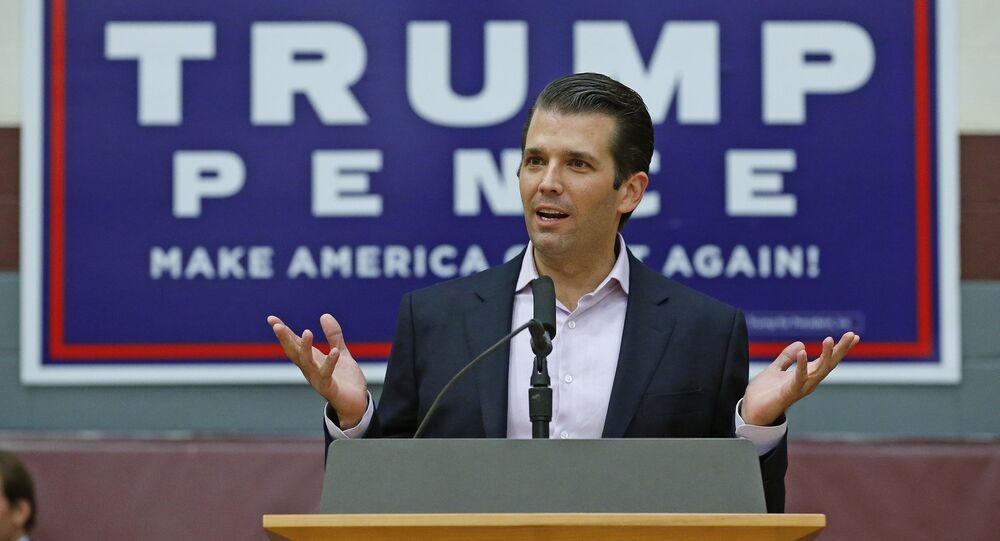 As the controversy surrounding Hunter Biden and a laptop that allegedly contains emails of his business dealings begin to build, the Presidential campaign of Donald Trump has claimed the incident as proof of corruption on part of Democratic contender Joe Biden.

Donald Trump Jr has described Democratic presidential nominee Joe Biden as "the most compromised person in the history of American politics" on Sunday regarding allegations against Hunter Biden's and his overseas business relations.

"The swamp, social media, mainstream media, they want Biden to win, even though it's likely that Biden is probably the most compromised person in the history of American politics," Trump Jr., the eldest of President Trump's children, told Sunday Morning Futures.

"We're two weeks out from an election, and they're pretending like this is a non-issue", he said.

"Everything that the Democrats and the media, and I group them as one and the same at this point ... everything that they hoped and prayed I was doing, that they made me testify for 30 hours for, that they said I had committed treason doing, Hunter Biden was actually doing", Trump Jr. said.

"When Donald Trump wins, he has to break up the highest levels of the FBI", he added said.

​The presidential campaign of Donald Trump has repeatedly focused on claims of corruption on the part of Hunter Biden and Trump's allies have accused the FBI of mishandling the evidence surrounding the Vice President's Son.

Senator Ron Johnson has asked FBI Director Christopher Wray to confirm or deny details relating to a laptop alleged to have belonged to Hunter Biden.

Johnson wrote in a letter to Wray that a whistleblower spoke to the Senate Intelligence Committee on 24 September claiming to possess the former Vice President's son's laptop that had been left in his business, and he had turned it over to the FBI.

Johnson, who heads the committee, claimed that staff contacted the agency clarify specific details to validate the claim, but the FBI neither confirmed nor denied any of the information included in the request.

The store owner provided the agency with the computer in December 2019 but kept a copy of the documents on a different hard drive.

Senator Chuck Grassley, who is also a member of the Intelligence Committee, said Sunday that the public should know if Hunter Biden lied about his business dealings.

​The New York Post revealed emails written by or delivered to Hunter Biden. According to the Post, in an email sent in 2015, a senior Burisma adviser thanked Hunter for the “opportunity” to meet Vice President Joe Biden.

While neither the Joe Biden presidential campaign nor Hunter Biden has denied the seriousness of emails and documents uncovered by the Post, an attorney for the younger Biden told the Washington Post that he is “certain” that a meeting that was alleged to have taken place between the Burisma adviser and Joe Biden “never happened".