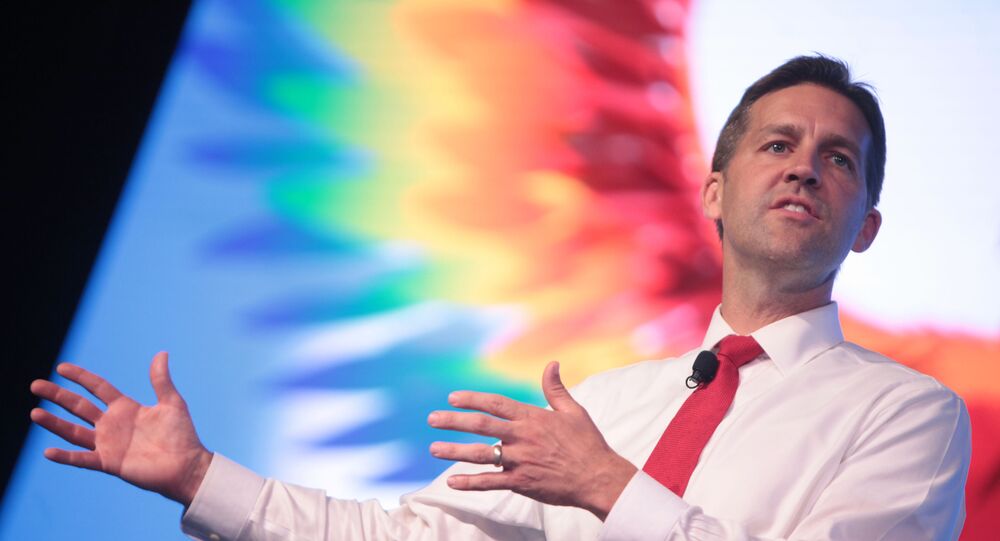 Nebraska Senator Ben Sasse, worried that a "blue tsunami" could wipe out the Republican senate majority, laid into President Trump this week, calling him a narcissist who kisses dictators' butts and sells out the US' allies.

US President Donald Trump has laid into a Republican senator who called him a "TV-obsessed narcissist" who "spends like a drunken sailor".

Sasses was the "least effective" of the 53 Republican senators, Trump charged, as well as a "liability" to the party and an "embarrassment" to his state. "Other than that, he’s just a wonderful guy!"

​Trump called Sasse a "RINO" - Republican in Name Only - and suggested he was getting ready to quit - or else should be replaced by the party in his state.

The senator believed Trump was "likely" to lose to Biden on November 3 and could take Republican senators down with him, saying: "I think we are staring down the barrel of a blue tsunami and we’ve got to hold the Senate and that’s what I’m focused on.”

“What the heck were any of us thinking that selling a TV-obsessed narcissistic individual to the American people was a good idea? It is not a good idea," he said.

© REUTERS / CARLOS BARRIA
Runaway Donald: Trump Says He May ‘Leave the Country’ if He Loses Election to Joe Biden
But Trump dismissed that pessimism about the election result.

Sasse claimed the president had shown incompetence on the coronavirus pandemic, "kisses dictators' butts," "sells out our allies" - among whom he counted Chinese Uighur separatists and Hong Kong pro-democracy militants. He added that Trump spends taxpayers' money "like a drunken sailor" and has "flirted with white supremacists."

"I think the overwhelming reason that President Trump won in 2016 was simply because Hillary Clinton was literally the most unpopular candidate in the history of polling,” he concluded.