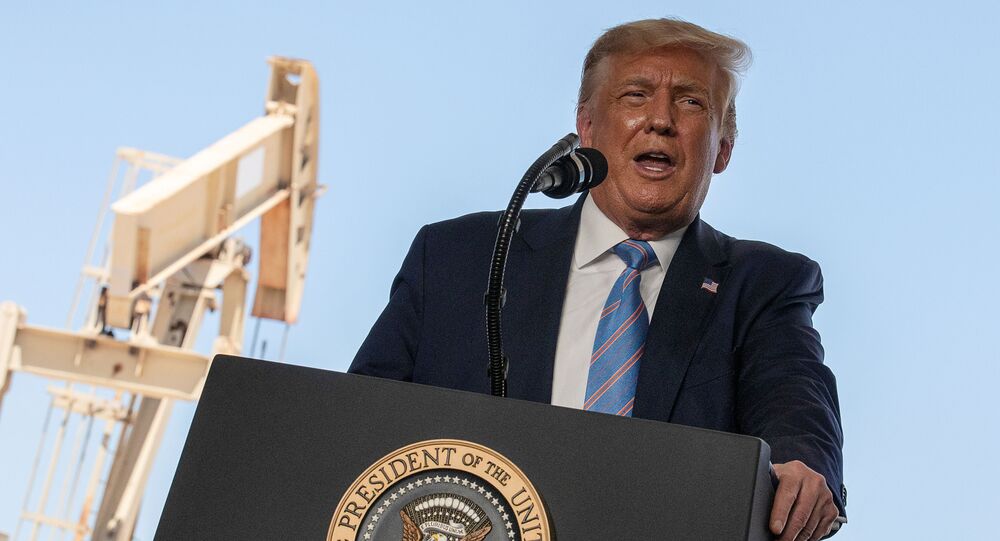 Sen. Ben Sasse (R-NE) claims US President Donald Trump is “deficient” in certain American values and, as a result, engages in a number of unconventional practices while occupying the White House, including treating the presidency “like a business opportunity” while kissing “dictators’ butts.”

During a private call with constituents this week, Sasse was asked by an unidentified individual to provide an explanation as to why he feels the need to criticize Trump “so much.”

Before answering the question, Sasse noted that he and Trump did agree on the judicial appointment of more originalists regarding the Constitution, including US Supreme Court nominee Judge Amy Coney Barrett of the 7th Circuit Court of Appeals.

However, Sasse admitted there are “a lot” of areas in which he and Trump differ.

“These aren’t just mere policy issues. I’m not at all apologetic for having fought for my values against his in places where I think his are deficient - not just for a Republican, but for an American,” he explained in audio obtained by The Washington Examiner.

“The way [Trump] kisses dictators’ butts; the way he ignores that the Uighurs are in literal concentration camps in Xinjiang right now,” Sasse detailed. “He hasn’t lifted a finger on behalf of the Hongkongers. I mean, I have a very different foreign policy. It isn’t just that he fails to lead our allies.”

“The United States now regularly sells out our allies under [Trump’s] leadership,” Sasse declared in the private call with constituents.

The Republican lawmaker also highlighted that prior to Trump’s 2016 presidential campaign, the president was a Democrat. However, Trump has since “adopted traditionally Republican positions that he used to reject for the majority of his life when he was funding Democratic candidates.”

Sasse also called out the US president’s mistreatment of women and claimed Trump “spends like a drunken sailor.”

“He mocks evangelicals behind closed doors. His family has treated the presidency like a business opportunity. He’s flirted with white supremacists,” he added before slamming Trump’s delayed and insufficient response to the COVID-19 novel coronavirus pandemic.

“If young people become permanent Democrats because they've just been repulsed by the obsessive nature of our politics, or if women who were willing to still vote with the Republican Party in 2016 decide that they need to turn away from this party permanently in the future," Sasse noted, worrying that Trump could drive away prospective GOP voters.

RINO Ben Sasse, who needed my support and endorsement in order to get the Republican nomination for Senate from the GREAT State of Nebraska, has, now that he’s got it (Thank you President T), gone rogue, again. This foolishness plays right into the hands of the Radical Left Dems!

Trump has previously slammed Sasse, who has repeatedly voted against the Republican line, as someone who goes “rogue” and “plays right into the hands of the Radical Left Dems.”