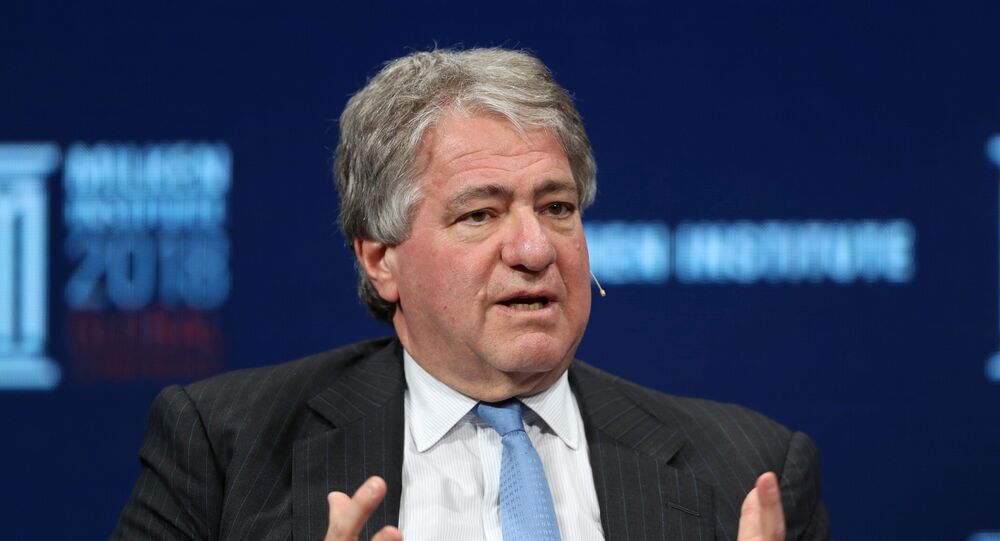 The investor reportedly mentioned visiting Epstein's townhouse in New York on several occasions, as well as going to the latter's private island for a "picnic lunch".

American billionaire investor and Apollo Global Management co-founder Leon Black has recently announced that he regrets his previous dealings with the late Jeffrey Epstein, CNN Business reports, citing a letter to the investors penned by Black.

According to the media outlet, this move by Black comes after The New York Times offered additional insights into the investor's relationship with Epstein, such as allegations that "Black may have paid up to $75 million to Epstein for consulting and other services," and that the two "dined and socialised together".

"None of the reporting in the recent New York Times article is inconsistent in any way with the information I shared with you over a year ago," Black reportedly wrote, with CNN pointing out that they haven't "obtained the 2019 information".

The investor reportedly stated that his relations with Epstein amounted to "professional services" that included "estate planning, tax and philanthropic endeavours", and that he did meet Epstein on several occasions at the latter's New York townhouse to "conduct business" as Epstein apparently "did not have a separate office".

Black also mentioned visiting Epstein's private island for a "picnic lunch", with the media outlet noting that he said that "members of his immediate family accompanied him".

"With the benefit of hindsight — and knowing everything that has come to light about Epstein's despicable conduct more than fifteen years ago — I deeply regret having had any involvement with him," Black remarked.

This week, a spokesperson for Black also stated that the investor “was completely unaware of, and continues to be appalled by, the reprehensible conduct that surfaced at the end of 2018 and led to the federal criminal charges brought against Mr. Epstein and deeply regrets having had any involvement with him".

"Importantly, there has never been an allegation by anyone, including the New York Times, that Mr. Black engaged in any wrongdoing or inappropriate conduct," the spokesperson said, adding that Black "received personal trusts and estates planning advice as well as family office philanthropy and investment services from several financial and legal advisors, including Mr. Epstein, during a six-year period, between 2012 and 2017".