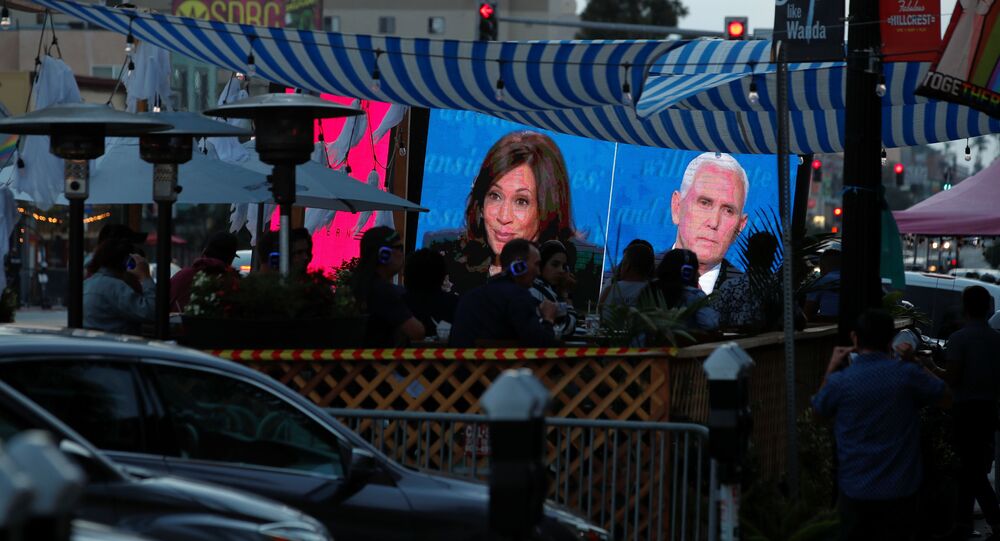 The recent VP debate was marked not only by a vehement exchange of jabs between Senator Kamala Harris and Donald Trump's right-hand man Mike Pence: viewers also discerned a fly sitting for a couple of minutes on the vice president’s head, however awkward it may seem.

Wednesday night's vice presidential debate is sure to go down in history as the sparring involved a third active participant, albeit a silent one - a fly that sat for several minutes on Mike Pence's head during the prime-time exchange. The fly immediately landed on debate memorabilia, namely themed fly swatters, t-shirts, and mugs.

😂😂 they have FLY merchandise out already. Gotta love Twitter. pic.twitter.com/iGmn3s70Pc

For instance, "Truth Over Flies" fly swatters are available for $10 on the Joe Biden campaign website store, and other merchandise such as mugs and clothes items featuring the words "The fly doesn't lie" can be bought from the online retailer Etsy.

Since the swatters went on sale in almost no time, Joe Biden's Twitter account tweeted a photo of the former vice president with the object referencing the fly episode: "Pitch in $5 to help this campaign fly", the tweet said, with the account further providing a link to the website, "flywillvote.com", which redirects to iwillvote.com - a platform where people can check if they're registered to vote, as well as be updated on how to vote by mail or in person.

Even before the VP debate came to a close the fly happened to be the central "character" and "owner" of a string of newly created Twitter accounts, with netizens jokingly suggesting the fly take a COVID-19 test, and even quarantine - especially after Pence's boss Donald Trump came down with the infection late last week.

i really did that pic.twitter.com/p5mTvt4gSz

That fly was in Pence’s hair a long time. It should quarantine.

Others suggested it was a full-fledged participant of the pre-election debate and needs time to get ready with answers.

Some suggested that "even a fly" is aware of the two-minute rule, referencing Harris' perpetual comebacks to Pence like "I'm speaking", "Excuse me, Mr. Vice President, I'm speaking" - something also marketed by Etsy sellers.

…while another Twitterian referenced the BLM movement, slightly editing it into a tongue-in-cheek "Black Flies Matter":

The debate merchandise is not the only political collectibles to have been put up for sale this week. Coins commemorating the president's battle against COVID-19 may be preordered at an online gift shop for $100 a piece. The "Trump defeats COVID" coins are for sale on the website of the White House Gift Shop, which is incidentally a private enterprise and not affiliated with the White House.