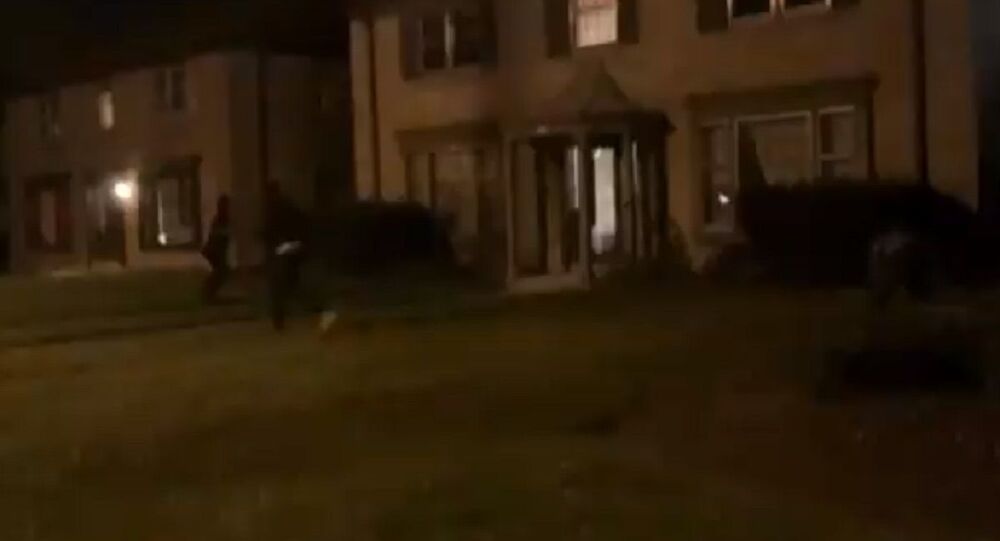 Black Lives Matter activists have been staging protests across the United States to condemn the abuse of power by the police in the aftermath of George Floyd's killing in May. The protests, however, quite often turn into violent riots with demonstrators defacing government buildings and facilities.

Black Lives Matter activists attacked residential buildings in Wauwatosa, a suburb of Milwaukee, Wisconsin on Wednesday, according to a video shared on Twitter by Julio Rosas, a writer at the news agency Townhall, and reposted by Wauwatosa Police.

In the video, a group of protesters are seen smashing the windows of local homes by pelting rocks at them before fleeing the scene.

​After the protests turned violent, the police called on city residents to shelter in their homes and stay away from windows.

They later declared an unlawful assembly and set up a protective perimeter around the city.

​Law enforcement officers were forced to used tear gas to disperse those refusing to comply with the order.

The public action comes after a black police officer Joseph Mensah was cleared of charges in the shooting of a 17-year-old black teenager who fired a stolen handgun outside a local mall in February.

The police killing of unarmed Black man George Floyd in late May sparked unrest across the United States and later other parts of the world, with protesters calling for an end to racial injustice and police brutality.