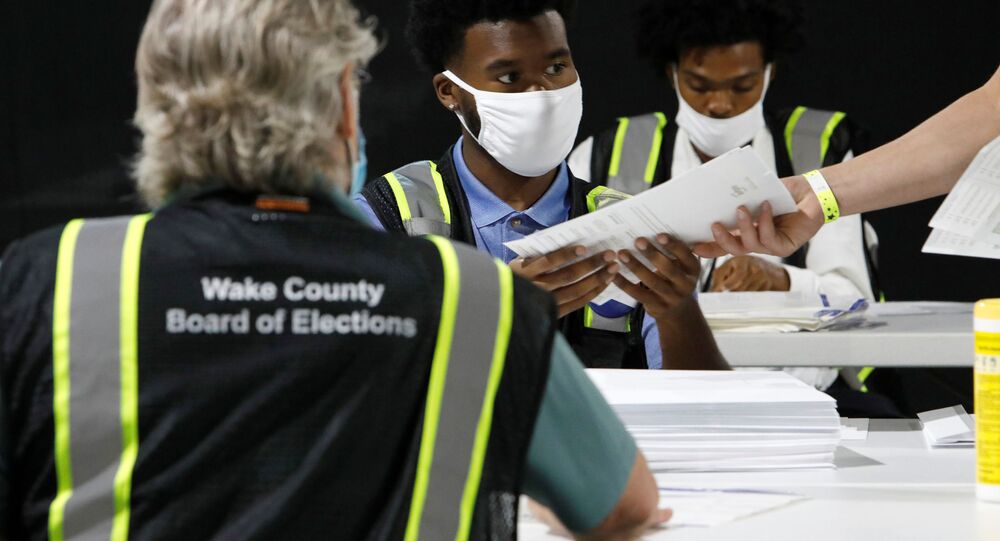 A YouGov poll focusing on 1,000-plus respondents across Europe has outlined citizens' preliminary political preferences regarding the 46th US president, and they appear to be quite muted as an absolute minority believe the electoral process will be as clean as a whistle.

Fewer than one in ten Europeans believe that the upcoming US presidential election will be completely free and fair, with an absolute majority saying  they would prefer Joe Biden to win over Donald Trump, according to a new YouGov tracker survey. It was run between 15 September and 4 October with a representative sample of 1,000-plus people in a range of European countries.

The survey suggests that in only one country - Italy, among a group of states that also included Britain, Denmark, France, Germany, Spain, and Sweden, more than a tenth of voters say with certainty that the American electoral process will prove irreproachable. In no country did more than 44% respondents appear to believe that the vote will be "completely or mostly" unbiased and fair.

While large majorities feel Donald Trump has been "poor" or "terrible" as president  – 82% in Denmark, 70% in the UK, and 61% in Italy, perceptions of Biden hardly seem to be better, with attitude toward the Democratic hopeful to a great extent muted across the continent.

Yet, about 80% of Danes say they want the Democratic challenger to win, followed by 71% in Germany, 64% in France, and 61% in the UK, while support across the same four countries for a Trump victory ranges from 6% to 14%. The president enjoys the strongest level of support in Italy, but even there only 20% would like to see him returned for a second term, versus 58% who want Biden to win.

While few feel Biden would make a "poor" or "terrible" president, far more – from 27% in France to 55% in Denmark say they think he will be merely "average" or admit not really having a clear idea of what he would be like if he occupies the Oval Office. When asked how Biden would perform as president, a staggering 21% to 45% in a number of the said countries replied "don't know".

Earlier, a poll conducted by transatlantic think tank, Democracy Institute, for the British newspaper Sunday Express, gave Trump a 48 to 46 percent lead over Biden nationally in the wake of the Republican National Convention in late August.

Most importantly, the poll put Trump in front in five key swing states - Florida, Iowa, Michigan, Minnesota, and Pennsylvania - and even in New Hampshire, which has backed the Democratic candidate in six of the last seven elections, with the fact causing Trump to tweet triumphantly:

However, the most recent poll by The Hill-HarrisX revealed that Biden is on average six points ahead of President Donald Trump nationally.