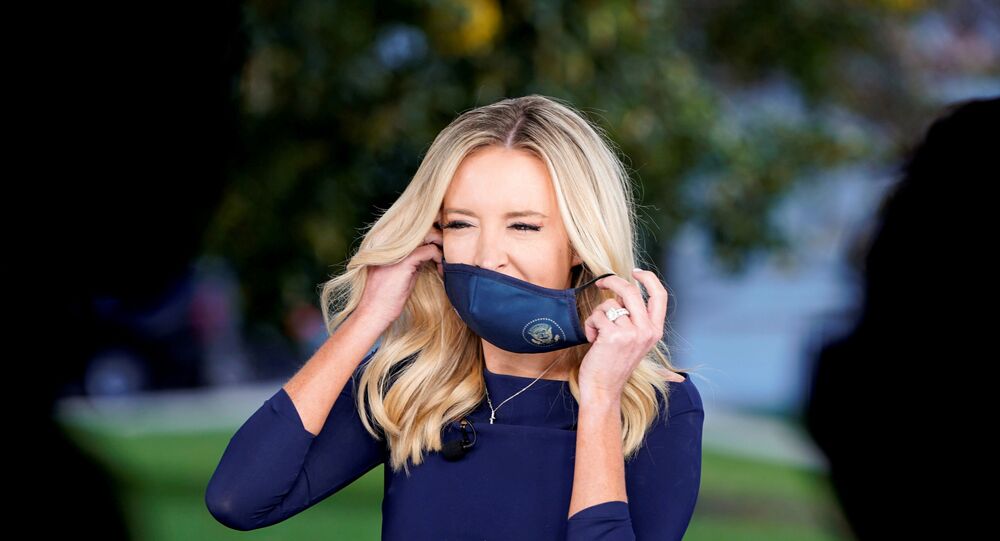 White House Chief of Staff Mark Meadows has said that US President Donald Trump's condition continued to improve overnight, adding that the president could be able to leave the hospital and return to the White House later in the day.

White House Press Secretary Kayleigh McEnany said in a statement on Monday that she has tested positive for the novel coronavirus, but is experiencing no symptoms at present.

"After testing negative consistently, including every day since Thursday, I tested positive for COVID-19 on Monday morning while experiencing no symptoms," McEnany said.

"No reporters, producers, or members of the press are listed as close contacts by the White House Medical Unit," McEnany said, adding that she was going into quarantine following the diagnosis.

Trump announced on Twitter in the early hours of Friday, 2 October, that he and his wife Melania had tested positive for the coronavirus. The same day, the president was taken to the Walter Reed National Military Medical Centre in Maryland.

© REUTERS / Cheriss May/File Photo/File Photo
Trump's Condition Continued to Improve Overnight, White House Chief of Staff Says
The president has been given a dose of an experimental antibody cocktail, as well as antiviral drug remdesivir, and immunity-boosters, such as Vitamin D and zinc.

On Sunday, Trump's medical team revealed that the president's oxygen level had reached 98%, adding that the US commander-in-chief could be discharged from the hospital as soon as Monday if his condition continues improving.