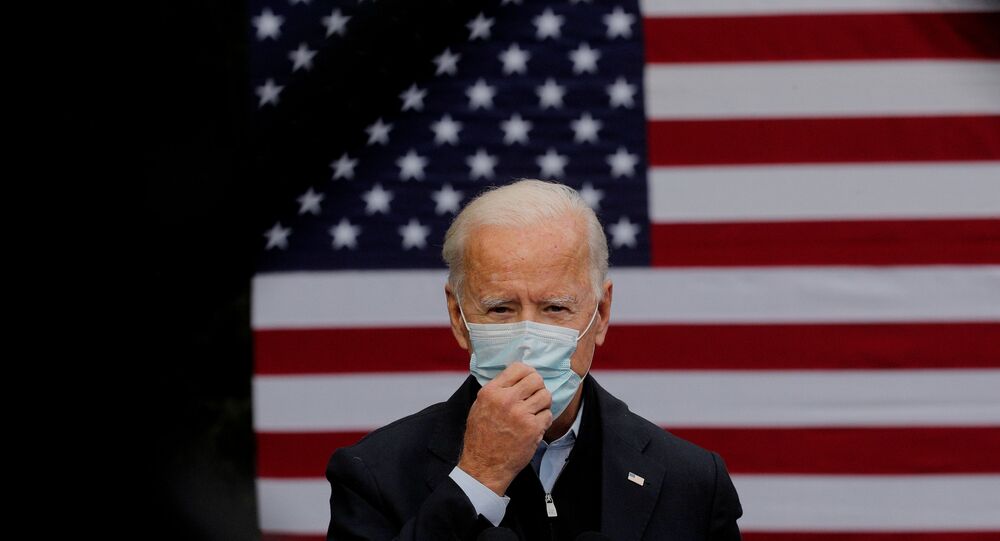 Trump is now being treated for the novel coronavirus at the Walter Reed National Military Medical Center in Maryland, though medics say he can be discharged as soon as Monday if his condition continues to improve.

Democratic presidential candidate Joe Biden and his team hope that coronavirus-hit President Donald Trump will be able to take part in the second presidential debate on 15 October, but Biden will definitely be there, his campaign adviser Symone Sanders said on Sunday.

Sanders said they are "looking forward" to the second debate, adding that the former vice president "loves a good town hall".

“We are hoping that President Trump can participate. We're hoping he's medically able to participate. You know, that's up to his doctors to clear him, but Joe Biden will be at that debate", Sanders said.

The second debate is a town hall format, which requires only one candidate speaking at a time, and to which both Trump and Biden have become accustomed recently. Steve Scully from C-SPAN has been chosen as the moderator for 15 October.

The second presidential debate commission decided to change the format of the debate, saying that it needs additional structure to "ensure a more orderly discussion of the issues", after the first debate grew into a fiery spat between Trump and Biden just a few minutes after it started.

Viewers mostly blamed moderator Chris Wallace for failing to do his job and make the candidates stick to the schedule. As a result, Trump and Biden constantly exchanged insults, with Trump interrupting his rival and Biden telling the president to "shut up".