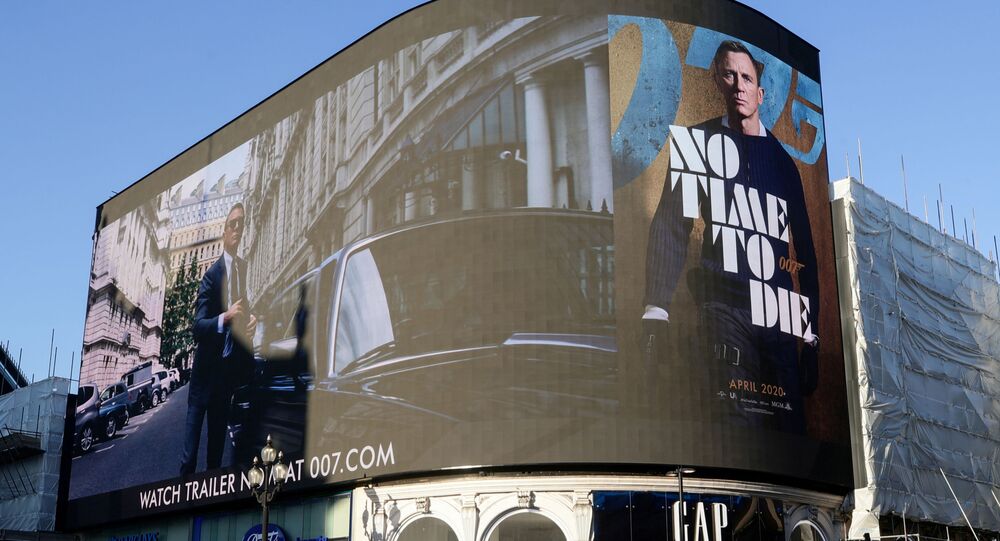 The anticipated premiere was originally scheduled for April 2020, but due to coronavirus-induced restrictions, the release was pushed back to November this year.

The release of the new James Bond film, "No Time to Die", has been postponed again until to 2 April 2021, filmmakers said on Friday.

According to producers Michael G Wilson and Barbara Broccoli, the decision was made over concerns that not enough of an audience will not be able to watch the film offline in movie theatres amid the COVID-19 pandemic.

MGM, Universal and Bond producers, Michael G. Wilson and Barbara Broccoli, today announced the release of NO TIME TO DIE, the 25th film in the James Bond series, will be delayed until 2 April 2021 in order to be seen by a worldwide theatrical audience. pic.twitter.com/NqHlU24Ho3

"We understand the delay will be disappointing to our fans but we now look forward to sharing No Time To Die next year", the statement said.

"No Time to Die", starring Daniel Craig, has been among several long-awaited movies that have been delayed due to the pandemic, including Warner Bros' "Tenet", "Wonder Woman 1984" and "The Batman", starring Robert Pattinson.