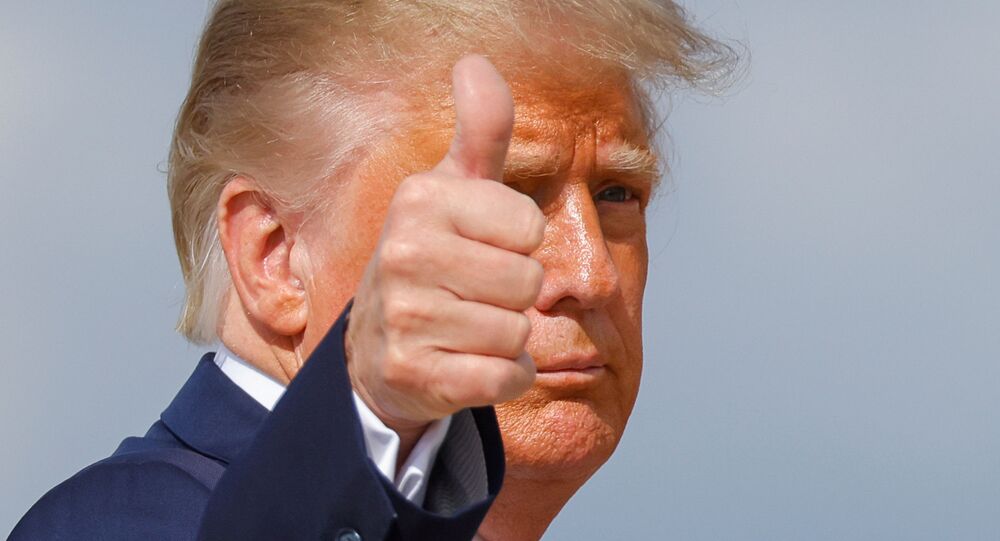 WASHINGTON (Sputnik) - US President Donald Trump has arrived in Cleveland, Ohio for the first presidential debate against his Democratic rival Joe Biden later on Tuesday, according to a White House pool report.

The debate will start at 9:00 pm Eastern Time and run for 90 minutes without commercial interruption.

The topics for tonight's debate will be the Trump and Biden records, the Supreme Court, COVID-19, the economy, race and violence in US cities, and the integrity of the election.

President Trump and the First Lady arriving at the debate venue in Cleveland #Debates2020 #TrumpPence2020 pic.twitter.com/1ANkLlFyqn

The two candidates will face each other again on 15 October in Miami and on 22 October in Nashville.

A recent poll conducted by Monmouth University found that Biden is currently supported by 50 percent of registered voters and Trump by 44 percent. The remaining support is scattered across third-party candidates, including Libertarian Jo Jorgensen and the Green Party’s Howie Hawkins, while two percent of voters remain undecided.