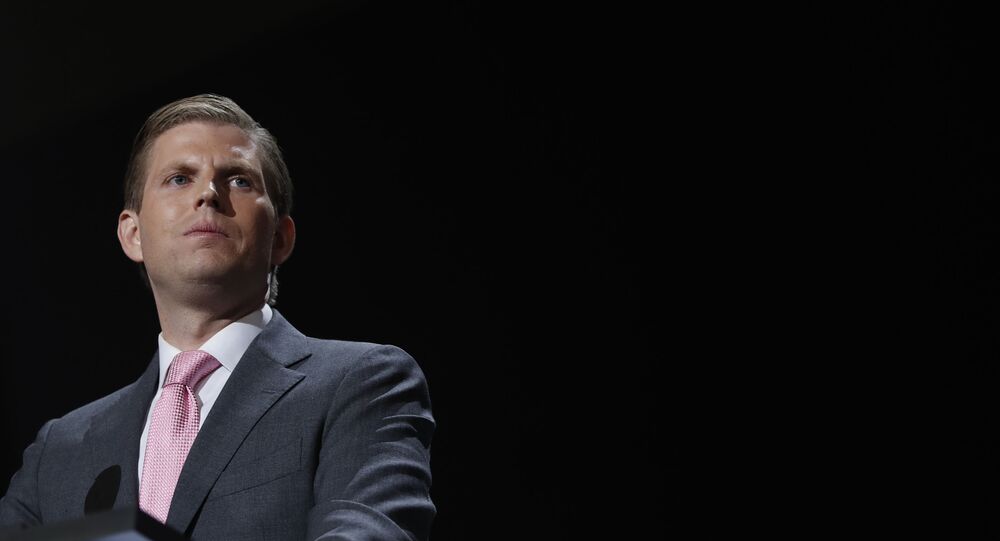 Eric Trump, the third child of US President Donald Trump, must testify no later than October 7 as part of a probe into the Trump Organization, Judge Arthur Engoron ruled Wednesday following a New York Supreme Court hearing in Manhattan.

Eric Trump, who serves as a top executive in the Trump Organization, must testify in response to a subpoena from the New York attorney general’s office as part of an investigation into whether the Trump Organization inflated the values of real estate assets on financial statements in order to receive loans and tax benefits.

The probe is being conducted by Attorney General of New York Letitia James.

Lawyers for James’ office on Wednesday argued that Eric Trump should not be allowed to delay a subpoena for his testimony after his lawyers said he would only testify after the US presidential election to avoid his deposition being used “for political purposes.”

“Mr. [Eric] Trump is asking for a further two-month delay ... to the middle of November in response to a subpoena that was served in May and where the parties agreed in early June on a date for his attendance,” Colangelo added.

During the Wednesday hearing, Eric Trump’s lawyer Alan Futerfas said his legal team was “happy for him to sit down and be deposed” but that more time was necessary to review the documents pertaining to the civil probe, the Independent reported.

“As the world knows, there’s an election going on in about four weeks in this country, maybe five weeks. Eric Trump is a vital and integral part of that, and he’s traveling just about seven days a week,” Futerfas argued.

In July, Eric Trump canceled an interview with the New York attorney general’s office, and one month later, the Trump Organization told the office it would not comply with subpoenas connected to the investigation.

James launched an investigation last year after the president’s former personal lawyer Michael Cohen testified that the president’s annual financial statements inflated the values of assets to get loans and insurance coverage.