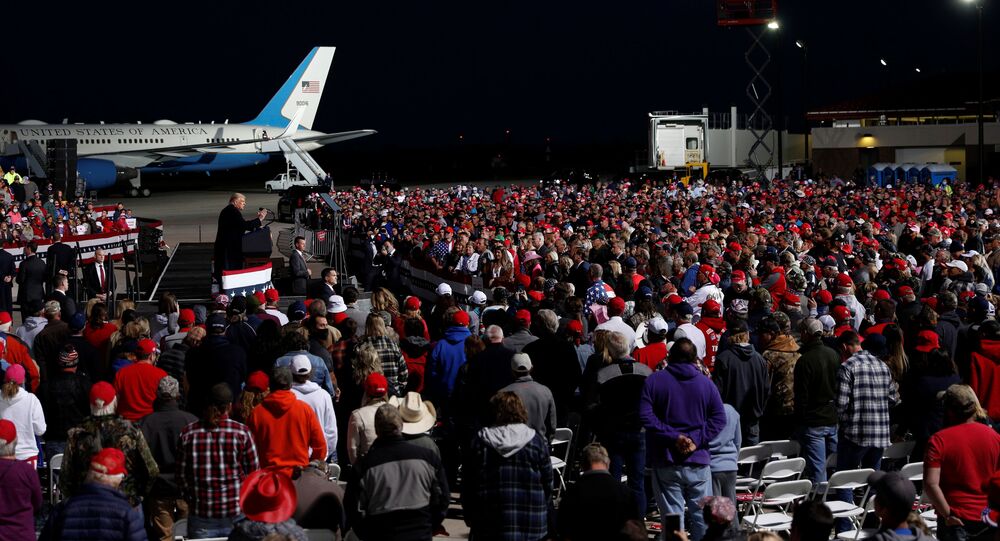 Commenting on the death of Supreme Court Justice Ruth Bader Ginsburg, US President Donald Trump said that he was saddened by her demise, pointing out that Ginsburg "was an amazing woman."

During Donald Trump's Friday rally in Bemidji, Minnesota, several people in the crowd shouted "Ginsburg is dead!" when the president, who might still have been unaware of Justice Ruth Bader Ginsburg’s death, noted potential Supreme Court vacancies.

“The next President will get one, two, three, or four Supreme Court justices,” Trump said. “Many presidents have had none, they’ve had none, because they are there for a long time.”

At this time, several people from the crowd shouted "Ginsburg is dead", but the US president either didn't hear the shouts or decided to ignore them as he continued by saying:

“The next one will have anywhere from one to four.”

Trump is still unaware of RBG's passing. Here he is moments ago talking about SCOTUS as people yell "Ginsburg is dead!" to try to clue him in pic.twitter.com/csPDyTN5oF

​Trump took to the stage a few minutes after 6 pm and at that time could have been unaware of the justice's death.

Ginsburg died of complications from pancreatic cancer on Friday at the age of 87. According to the broadcaster NPR, shortly before her death, Ginsburg told her granddaughter she would like her seat to remain vacant until after a new President was elected.