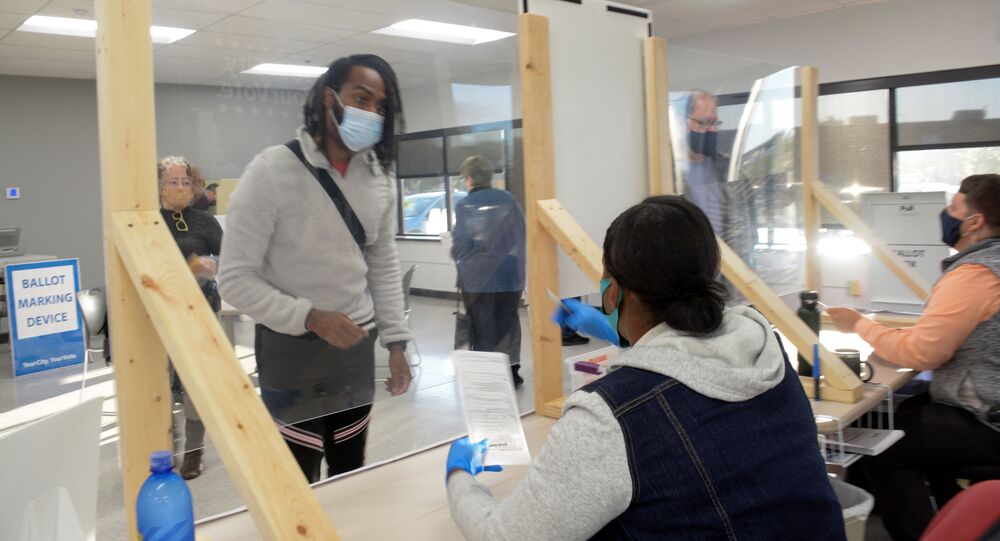 In-Person Early Voting Kicks Off in Four US States

WASHINGTON (Sputnik) - Polling centres opened in the US states of Minnesota, Virginia, South Dakota and Wyoming on Friday to allow voters to cast early in-person ballots for the 2020 presidential election.

"The Early Vote Center at 980 E. Hennepin Ave opened at 8 a.m. [CST] sharp. In the first 30 minutes, we served 44 Minneapolis voters," Minneapolis Elections and Voter Services said in a tweet.

The ongoing COVID-19 pandemic has complicated the electoral process with a far higher proportion of mail-in ballots expected as voters seek to avoid risking virus contagion by visiting polling centres in person. However, lines were long anyway in places like Virginia.

"Plan out your vote. Plan out when you want to come, when you think it's going to be a low turnout," Alexandria City Councilman John Chapman told NBC. "The reason we're expanding voting times and opportunities is to make sure people aren't waiting in line."

© REUTERS / Mike Blake
Twitter Enhancing Security of US High-Profile Politicians' Accounts Ahead of Elections
Early turnout in the polling stations appeared high in Minnesota, a critical swing state where both President Donald Trump and Democratic candidate Joe Biden plan to visit later in the day.

Early voting begins in Michigan, New Jersey, Vermont, Illinois and South Carolina before the end of September. More than 35 other states will offer in-person voting from roughly five to around 30 days ahead of the November 3 election.