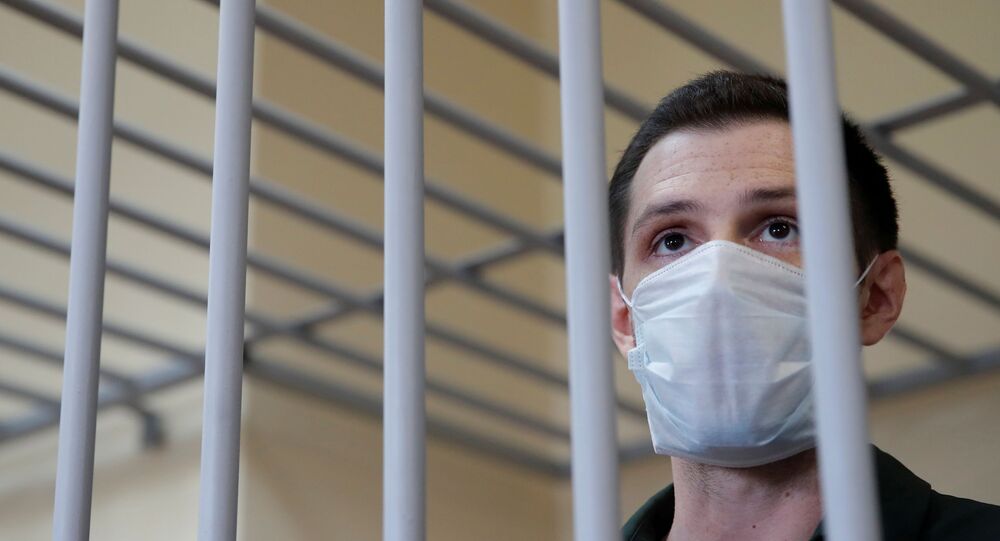 WASHINGTON (Sputnik) - US Congressmen from the state of Texas, Michael McCaul and Mike Conaway, also demanded that Russia release Reed.

Former Marine Trevor Reed, sentenced to a nine-year prison term on assault charges in Russia in July, should be released at once, US House Minority Leader Kevin McCarthy and two Texas congressmen said in statements.

"Trevor Reed has been unfairly treated in a sham trial by the Russian judicial system. I join my colleagues in calling for Trevor's release so we can bring him home", McCarthy, leader of the Republican minority in the House of Representatives, said on Tuesday.

US Congressmen from the state of Texas, Michael McCaul and Mike Conaway, also demanded that Russia release Reed. On 31 August, US Ambassador to Moscow John Sullivan visited Reed in prison.

Reed, a Texas native who said he was visiting Moscow temporarily, was detained by two police officers last August after being involved in a drunken altercation with two women. Reed was imprisoned for attacking and endangering the officers.

The Moscow court found Reed guilty of assaulting the officers while being transported to a police station, which caused the vehicle they were traveling in to swerve erratically.

Both officers filed a civil suit against Reed for damages. As a result, Reed was sentenced to nine years in a medium-security prison and ordered to pay $1,374 to each of the officers.