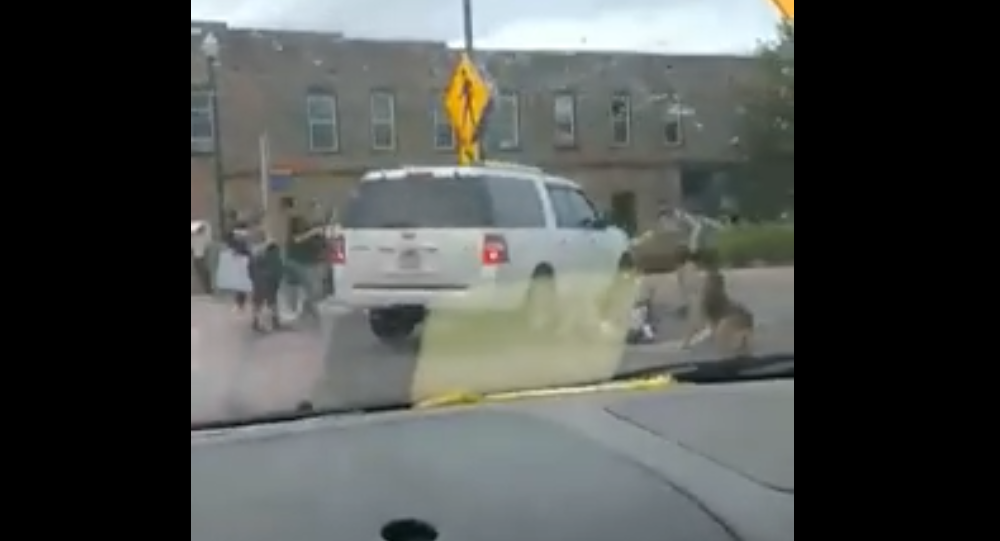 A North Carolina resident has been charged with one count of aggravated assault and bonded out of jail after allegedly running over a pedestrian photographer during a peaceful protest over the weekend in Johnson City, Tennessee.

The Johnson City Police Department announced on Monday that Jared Benjamin Lafer, a 27-year-old resident of Bakersville, North Carolina, was arrested earlier that day after surrendering himself to authorities.

The news release detailed that Lafer, booked at the Washington County Detention Center on an aggravated assault charge, was released from jail on a $20,000 bond on Monday.

Days prior, authorities published a release seeking information related to a hit-and-run that occurred around 7:20 p.m. on Saturday at the Johnson City intersection of State of Franklin Road and Spring Street.

“The vehicle, reported by witnesses as a white Ford Expedition, had fled the scene. The pedestrian was transported to the Johnson City Medical Center for treatment of injuries sustained during the incident.”

Video of the incident was captured by a witness and posted to social media by Facebook user Brent Chaffin, who described the victim as “just a pedestrian.”

“He didn't want to get hit, he wasn't even there to protest. He's just a guy who lives downtown and walks around to take pictures,” he said on Tuesday.

A #BlackLivesMatter protestor was literally run over, presumably by a racist POS. Anybody get that license plate? #DemCastTN pic.twitter.com/kruOMsCu50

The Johnson City Press (JCP) detailed that the primary victim is a 31-year-old resident who was taken to the Johnson Medical Center for treatment. A 26-year-old woman was also found to have been struck by the SUV but did not have any injuries that required medical treatment.

The 31-year-old told authorities that he was walking his dog downtown and taking photographs of a Black Lives Matter protest, JCP reported, citing court documents.

He claimed that the individual driving the white SUV honked their horn and was acting aggressively toward protesters crossing the street in the crosswalk. The individual eventually grew frustrated and bumped the vehicle into the 31-year-old before running over his legs, as seen in the footage.

Victoria Grace Hewlett, a member of the New Panthers Initiative, has organized a GoFundMe crowdfunding campaign to cover a portion of the 31-year-old victim’s medical bills. The campaign has raised more than $4,200 of its $5,000 preliminary goal as of this article’s publishing.

Lafer was scheduled for arraignment in the Washington County General Sessions on September 15 at 9:00 a.m. local time.