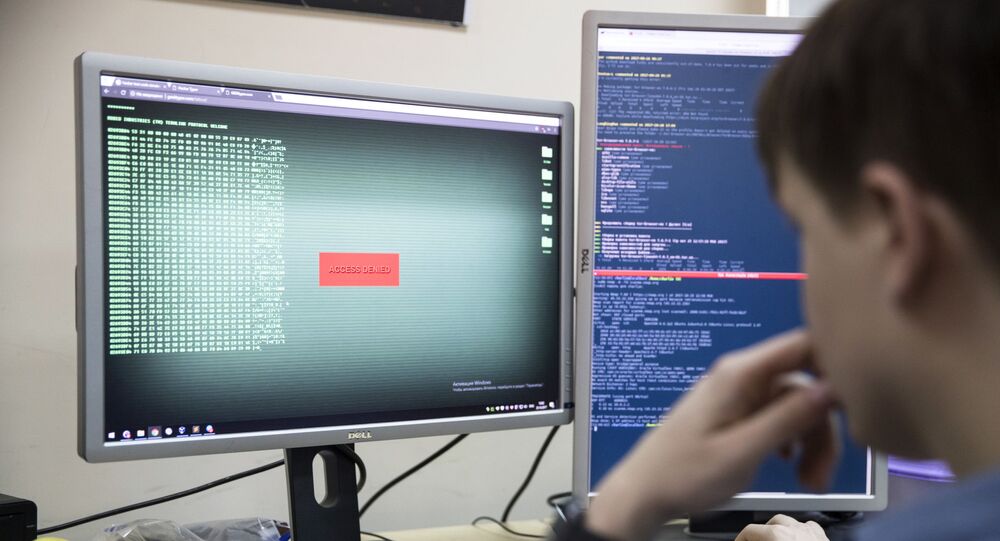 Allegations of foreign meddling in the upcoming US presidential election are hyping up as 3 November approaches, as accusations of "interfering" with the electoral process are again leveled at Russia, China and Iran.

Microsoft claimed in its official blog on Thursday that several new cyberattacks targeted individuals and organisations involved in the work of the upcoming US presidential election campaigns of both Republican and Democratic candidates.

According to a company statement, three groups of hackers were observed operating from Russia, China and Iran, allegedly attacking campaigns, political consultants and others connected with the election efforts of Joe Biden and Donald Trump. The listed groups, code-named Strontium, Zirconium and Phosphorus, and are said to be controlled by Russia, China and Iran, respectively.

"The activity we are announcing today makes clear that foreign activity groups have stepped up their efforts targeting the 2020 election as had been anticipated, and is consistent with what the US government and others have reported", the Microsoft blog post read.

Elaborating on the group's alleged tasks, Microsoft claimed that 'Strontium' has been attacking "more than 200 organizations including political campaigns, advocacy groups, parties and political consultants", while 'Zirconium' has targeted "high-profile individuals" connected with the Biden campaign, and 'Phosphorus' "has continued to attack the personal accounts of people associated with the Donald J. Trump for President campaign".

"The majority of these attacks were detected and stopped by security tools built into our products. We have directly notified those who were targeted or compromised so they can take action to protect themselves", Microsoft noted.

The "meddling" narrative is again being ramped up as the US presidential election approaches. Earlier on Thursday, Microsoft reportedly pointed at another alleged "Russian hacking" attempt against Biden campaign advisory firm SKDKnickerbocker.

The allegations were refuted by Kremlin spokesman Dmitry Peskov, who dismissed the claims as "nonsense".

Earlier, the National Counterintelligence and Security Center rolled out a list of "threats" to the election, claiming that Russia, China and Iran are seeking to interfere with the result of the vote, but offering no evidence beyond their assertions to back the allegations.

Russia has been accused of "meddling" in US elections since 2016, when Democrats claimed that "Russian hackers" accessed e-mails of the Democratic National Committee in a move that would help Trump to win the election. A report by US Special Counsel Robert Mueller, however, found no evidence to back so-called 'collusion' between the Trump campaign and the Russian Federation.

The Kremlin has dismissed the allegations as well, reiterating that Russia has never meddled in the internal affairs of teh US and characterizing the accusations as a "domestic political struggle".