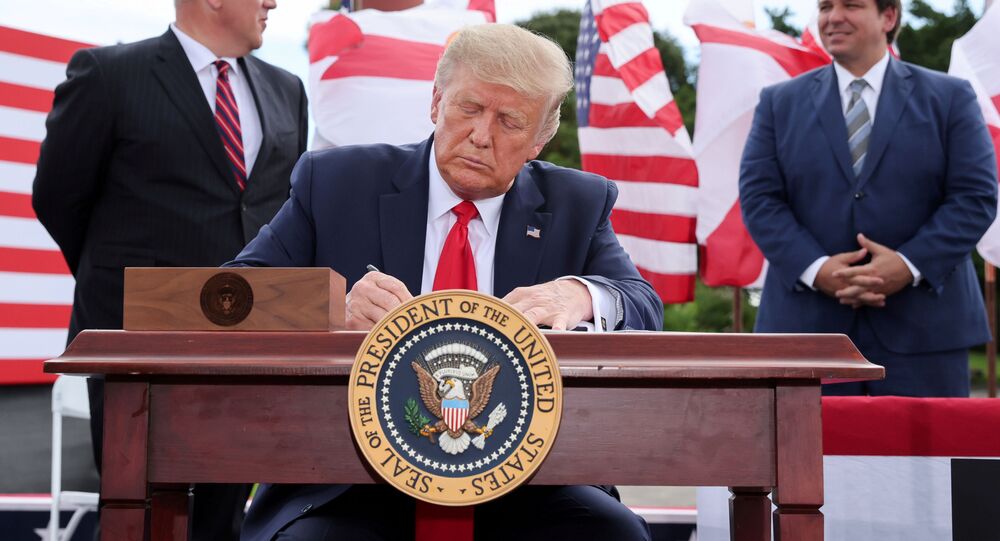 WASHINGTON (Sputnik) - Four Democratic and Republican Senators on Tuesday sent a letter to President Donald Trump urging him to extend the New Strategic Arms Reduction Treaty (New START) that is set to expire early next year.

"We write to urge you to immediately extend our New START arms control agreement with Russia for another five years," Senators Dianne Feinstein, Rand Paul, Chris Van Hollen and Susan Collins said in the letter.

The senators said the New STAR has pivotal importance in reducing the chances of nuclear confrontation between the United States and Russia.

They warned about the dangerous and destabilizing effect if the treaty is allowed to expire as it remains the last existing arms control agreement between the two countries.

"Losing New START’s extensive and effective verification regime would create greater uncertainties about Russia’s current and future nuclear plans, intentions and capabilities," the senators said. "As transparency between our mutual nuclear force structures decreases, it could undermine fundamental prerequisites of mutual deterrence and increase the risks of nuclear crises similar to those we experienced during the Cold War, like the Cuban Missile Crisis."

The New START will expires on 5 February if it is not extended. Russian President Vladimir Putin previously proposed extending the treaty for five years without any preconditions.

However, the Trump administration has emphasized the need to include China in the arms control negotiations so as a new trilateral nuclear deal can be reached. China has repeatedly rejected the idea.