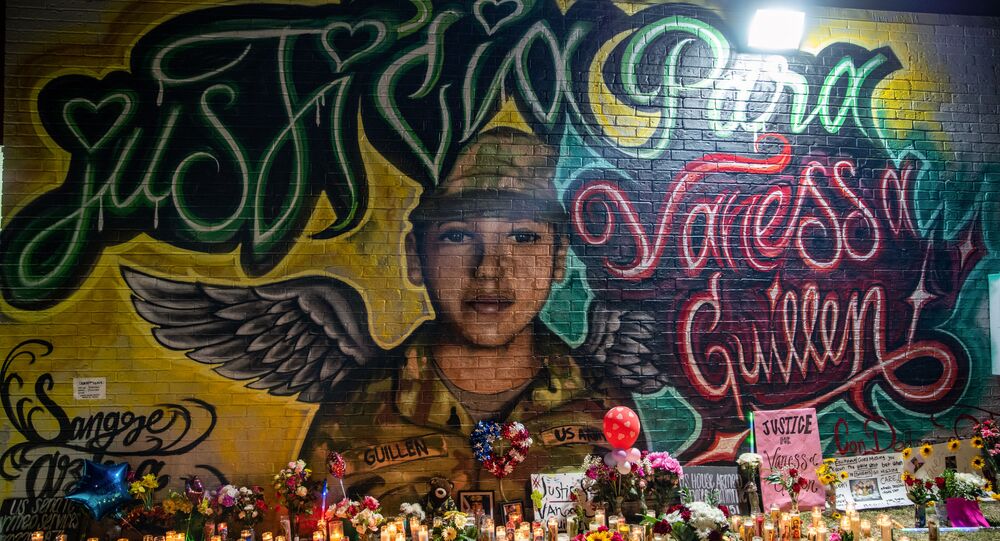 WASHINGTON (Sputnik) - Lawmakers in the House of Representatives will investigate military leadership at Fort Hood in the state of Texas following recent soldier deaths in which murder is suspected by Army investigators, the chairs of two House subcommittees said in a letter to Army Secretary Ryan McCarthy on Tuesday.

"By mutual agreement, the [subcommittees] are jointly investigating whether an alarming pattern of recent tragedies at Fort Hood, Texas, may be symptomatic of underlying leadership, discipline and morale deficiencies throughout the chain of command," the letter from Oversight National Security Subcommittee Chair Stephen Lynch and Armed Forces Military Personnel Subcommittee Chair Jackie Speier said.

Earlier this year, three US service members reported missing from Fort Hood were found dead, along with the body of a fourth soldier who had been listed as "absent without leave" for more than a year, the letter said.

Army investigators determined that two recent victims - Specialist Vanessa Guillen and Sergeant Elder Fernandez - were sexually abused or harassed prior to their deaths, the letter added.

An attorney for Fernandez’s family claims that he was bullied by peers while Guillen’s sister said Guillen reported similar harassment to friends and family but was too afraid to tell her superiors.

The mother of Private Gregory Wedell-Morales, whose body was discovered a year after he was reported missing, said she battled Army investigators who insisted the soldier was absent without leave.

Three other recent deaths of Fort Hood soldiers are also being investigated by the Army as possible homicides, the letter said. The lawmakers’ letter also cited recent comments by McCarthy that reports of murder, sexual assault and harassment at Fort Hood are higher than anywhere else in the US Army.