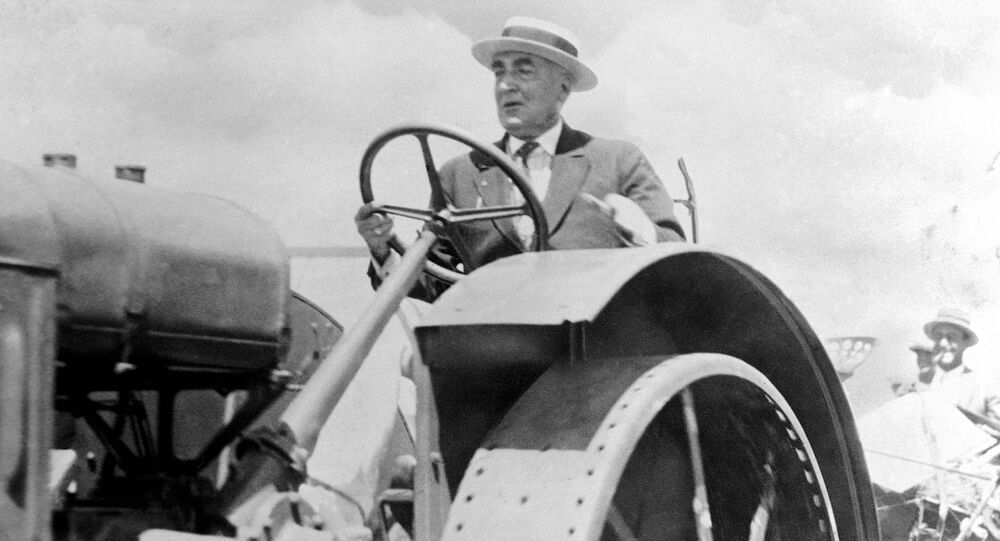 America’s Worst President? How US Oil Barons Helped Get Warren G. Harding Into The White House

Exactly 100 years ago the Republican nominee Warren G. Harding was en route to winning the Presidential election. But it later emerged Harding had been deliberately chosen by powerful business interests because of his stupidity and lack of political acumen.

Joe Biden has broken fundraising records by bringing in US$364.5 million from donors during the month of August.

There is no suggestion any of Biden's donors have given money in exchange for any White House favours, but that is very much what happened in the presidential election 100 years ago.

In the summer of 1920 the Democratic incumbent, Woodrow Wilson, had reluctantly agreed not to seek re-election and the Republican Party was confident it could win the White House.

One of the refreshing things about Warren Harding was his recognition that he was completely unqualified for the job and his willingness to admit it to anyone who'd listen. https://t.co/eBKJ6CyuqS

​At the party convention in Chicago the favourites for the GOP nomination were the Governor of Illinois, Frank Lowden, and the Governor-General of the Philippines, Leonard Wood.

In those days the nominee was chosen by convention delegates and in the first eight ballots Lowden and Wood were neck and neck, way ahead of an obscure senator from Ohio, Warren G. Harding.

But Harding - a 54-year-old former local newspaper editor who had spent five years in Congress doing very little of consequence - came from nowhere and won the final ballot after the powers to be exerted pressure behind closed doors. 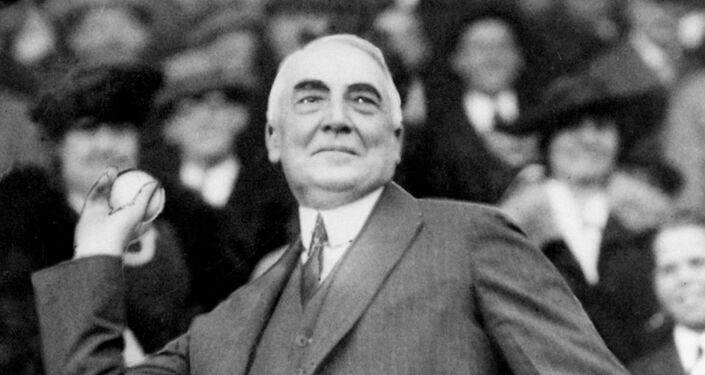 © AP Photo /
President Warren G. Harding throws a baseball at the start of the 1921 season

Ashley Flowers, host of the Very Presidential podcast, said Harding was as “dumb as a box of rocks” but she said that was exactly why certain powerful businessmen wanted him in the White House.

Two oil tycoons - Harry Sinclair and Jake Hayman - between them donated US$4 million towards the Republicans and Harding’s campaign.

I don't know which is more annoying -- the idea that corporations mind-control Democratic voters, or the idea that Biden is "Warren G. Harding".https://t.co/CBn4auoL6h pic.twitter.com/UQplNmEChd

​It would only later become clear what exactly the pair wanted from the Harding administration.

Harding spent most of the 1920 presidential campaign worried the press or the Democrats would find out about Nan Britton, his 23-year-old mistress, or his former lover Carrie Fulton Phillips, who was married to one of his best friends.

​The Democrat nominee James Cox - the Governor of Ohio - and his running mate, a certain Franklin Delano Roosevelt, ran an energetic campaign. But although they won every southern state they failed to win any electoral college votes in the West or the North and even lost Ohio, which was a bellwether state then just as it is today.

Harding became president and set about putting into action another of his campaign slogans: “Less government in business and more business in government.”

In March 1921 Albert Fall, a senator and former attorney from New Mexico was inaugurated as Secretary of the Interior.

US President Warren G. Harding says he will seek revision of the Treaty of Versailles so the US can join the League of Nations.

​The plan had been for Hayman - the oil tycoon who donated to Harding’s campaign - to get the job but he was suddenly murdered by his mistress and the post was instead filled by Fall, who had once defended a man accused of killing Wild West Sheriff Pat Garrett.

In April 1922 Albert Fall, having obtained naval oil reserves at Teapot Dome in Wyoming - named after the strange shaped rock at the heart of the territory - for the Department of Interior, leased them out to the Mammoth Oil Company for a discount price.

Mammoth was run by none other than Harry Sinclair - who had donated $3 million to the Republican Party just before the election.

Several weeks later Fall also gave another lucrative oil lease in Elk Hills, California to the Pan American Petroleum and Transport Company, after being given a US$100,000 bribe.

These deals were of course done secretly but the Wall Street Journal got wind of them and published an article.

​It is not clear if Harding was deliberately kept in the dark about the Teapot Dome deal but he once told Herbert Hoover, his Secretary of Commerce and a future President: "If you knew of a great scandal in our administration would you for the good of the country and the party expose it publicly or would you bury it?”

Harding never explained what he was talking about and in August 1923 he keeled over and died after suffering a massive heart attack.

The thing about this administration is that even the middle-of-the-pack miscreants would be truly historic figures in any other administration. Like, read about the Teapot Dome scandal. Where would that rank among the crimes of the last four years? Not even in the Top 10.

​Fall would eventually be convicted of bribery and would spend a year in jail.

Vice President Calvin Coolidge, who remained untainted by the Teapot Dome Scandal, took over in the White House, was re-elected in 1924 and delivered US voters what would be referred to as “Coolidge prosperity.”

Coolidge left office in early 1929 and his unfortunate successor, Herbert Hoover, was in the White House only a few months before the Wall Street stock market crash ushered in the Great Depression.

In 1927 the US Supreme Court invalidated the Teapot Dome lease - along with the deposits at Elk Hills - and the oil wells there remained idle until 1977 when the new federal Department of Energy began pumping oil again.

Because Trump apologists can ALWAYS GO LOWER, here’s the latest defense of Trump’s remarks: “Technically, John McCain WAS a loser”.

There is no limit to their fecklessness (no disrespect intended of course). pic.twitter.com/lN37ZA0BRJ

​In 2015 - after US$569 million worth of oil had been produced - Teapot Dome was sold off to the Stranded Oil Resources Corporation for $45 million.

Teapot Dome was the biggest scandal to hit the US presidency until Watergate half a century later but it had few lasting consequences and there were no reforms made to the funding of presidential campaigns.

Ashley Flowers, host of the Very Presidential podcast, said Harding was often listed as one of the worst presidents ever, largely because of the Teapot Dome Scandal, and she said: "He definitely deserved that legacy."

Harding himself once said: "I am not fit for this office and should never have been here."