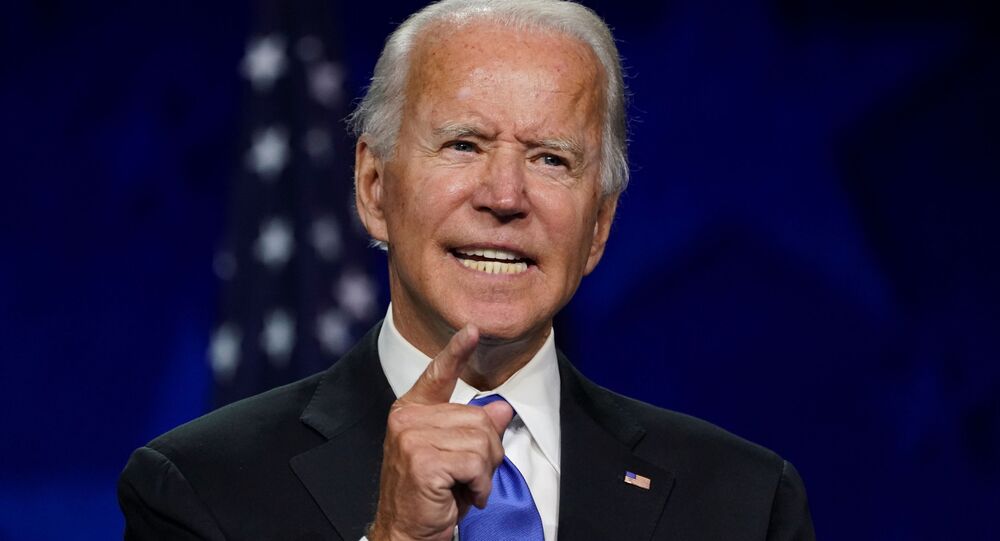 As the United States 2020 presidential race kicks-off, former Vice President Joe Biden is gearing up for debates with Donald Trump in the coming months.

Democratic presidential candidate Joe Biden has said he wants an onscreen fact check ticker during the upcoming debates with Donald Trump to counter the incumbent's "lies".

While addressing a campaign event outlining his plan for reopening schools during the coronavirus pandemic, former Vice President Biden said he is recapping on everything Trump has said and the "multiple lies" he has told.

“It would make a great debate if everything we said was instantly fact-checked by an agreed-to group of people", he said, but acknowledged that it would be unlikely.

The former vice president said he is looking forward to debating Trump and added that he is going to "layout as clearly as I can what I think we have to do to bring this country back and build it back better".

Some twitter users gave support to the vice president's suggestion.

Do it. Get that fact-check-ticker, @JoeBiden . DO IT. ❤️😁 pic.twitter.com/mZAi0JKbIb

I wish Joe had an air horn that he could use every time Trump lied during the debates! pic.twitter.com/P8xtS6j80n

​Others, however, highlighted Biden's own alleged falsehoods.

Am I the only one who thinks that is so ass backwards.. what was he doing there in the first place?

Nice of him to invite all those reporters to his basement... it's my understanding he's been stuck down there for months & hasn't once emerged. 🙄

The first debate will be held on 29 September at Case Western Reserve University and Cleveland Clinic in Ohio. It will be moderated by Chris Wallace, the anchor of Fox News Sunday.

Vote for Joe Biden or Democrats Would ‘Conflict’ with True Belief in Jesus Christ, Claims Pastor