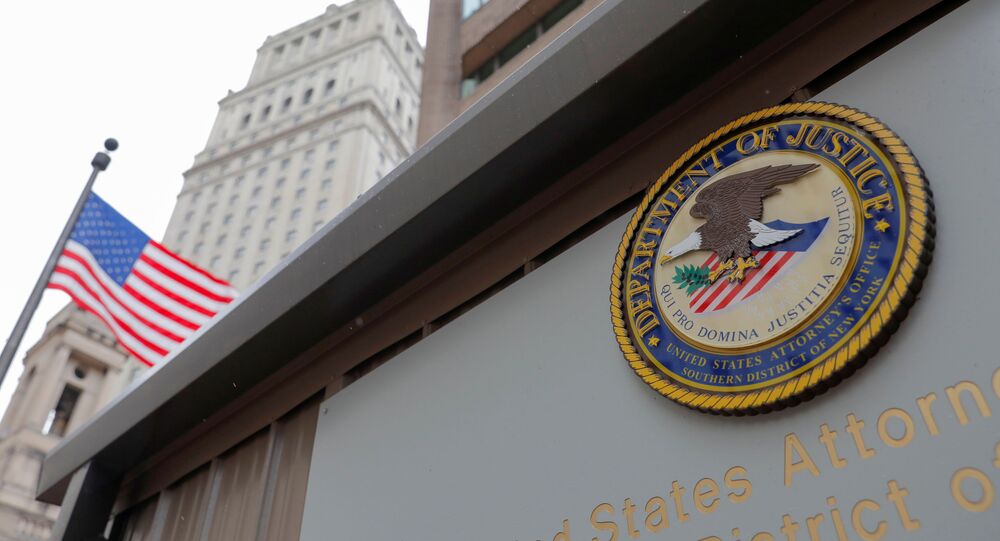 WASHINGTON (Sputnik) - A foreign company pleaded guilty in US federal court to evading sanctions imposed on North Korea, the Justice Department said in a press release.

"Yang Ban Corporation, a company established in the British Virgin Islands in 2014 that operated in South East Asia pleaded guilty today to conspiring to launder monetary instruments in connection with evading sanctions on North Korea and deceiving correspondent banks into processing US dollar transactions", the release said on Monday.

The Justice Department said the Yang Ban Corporation will pay a fine of $673,714.

From at least February 2017 to May 2018, the Yang Ban Corporation deceived banks in the United States into processing wire transfers for North Korean customers of the company, the release added.

According to the Justice Department, the company specifically admitted to conspiring with another company to falsify shipping records. In May 2017, a North Korean co-conspirator notified Yang Ban and its co-conspirators of a company that would ship to North Korea's Nampo but would require two separate sets of shipping documents. One set of documents would be free of any indication that the shipment was going to North Korea, and the second set of documents would contain the North Korean details for internal record keeping, the release said.

The US government has imposed economic sanctions on Pyongyang until North Korea dismantles its entire nuclear arsenal.