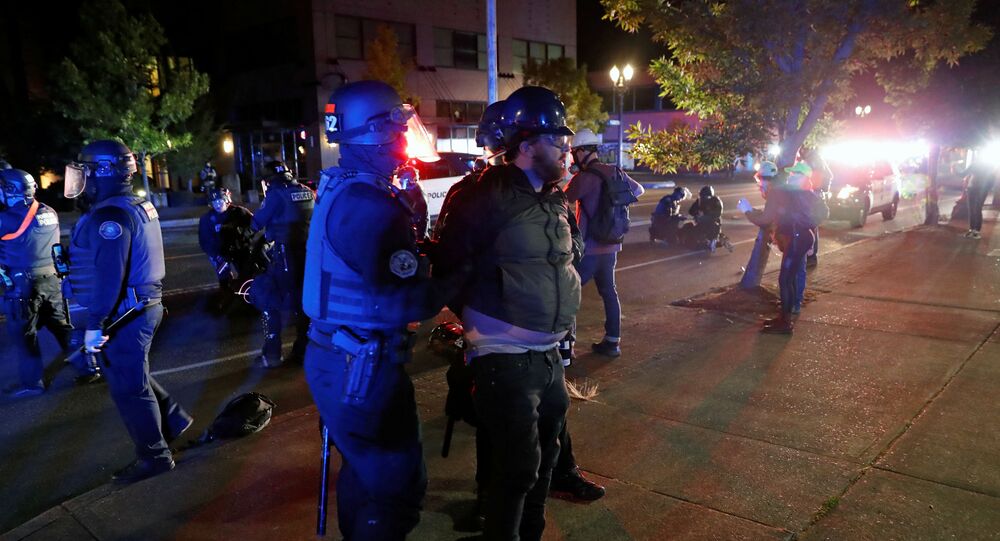 Police Arrest 300 After Another Night of Unrest Across US

WASHINGTON (Sputnik) - Police have arrested 300 people overnight and charged 302 following continuing disturbances in cities across the United States, the office of US Attorney General William Barr said on Monday.

Three hundred people were arrested nationwide and 302 charged while in the city of Portland, Oregon, 100 people had been arrested and 76 charged, US Justice Department Director of Communications and Public Affairs Kerri Kupec said.

Oregon Governor Kate Brown has decided to deploy state law enforcement officers to the city of Portland, which has been engulfed in violent protests and riots for three months, the governor's office said.

Attacks on police, court buildings and federal government facilities have been ongoing in Portland for more than three months. On Saturday night, at least one person was reportedly shot dead during clashes between the Black Lives Matter and Antifa movements and supporters of President Donald Trump. Protesters have also set the Portland Police Association building on fire.

The Portland protests were sparked by the 25 May death of an African-American man, George Floyd, during his arrest in Minneapolis, Minnesota. However, they soon turned into riots complete with violence against police and civilians alike and accompanied by acts of arson, vandalism and looting.