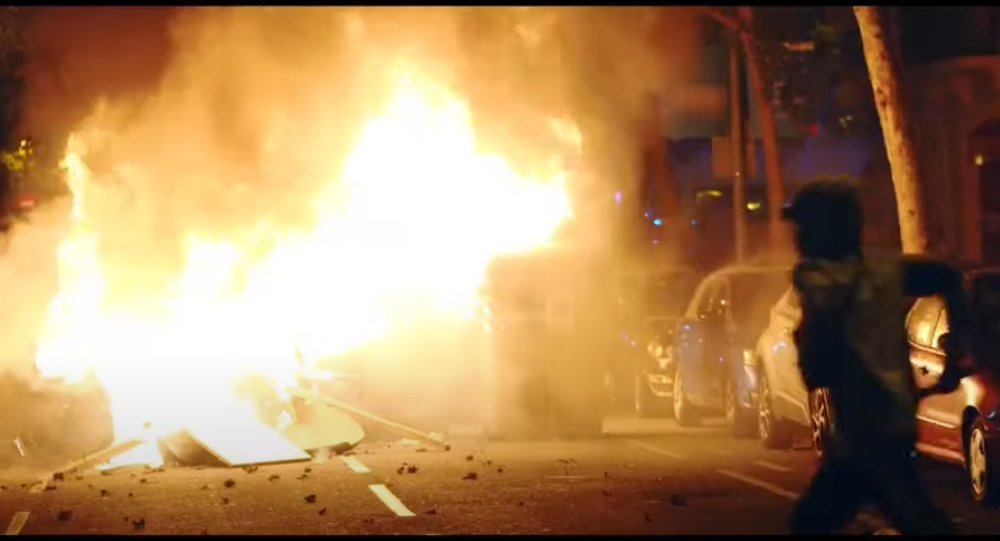 A closer look at a new campaign advertisement from US President Donald Trump’s team has revealed that images used to depict the country under former Vice President and Democratic presidential nominee Joe Biden’s potential presidential rule were actually from protests in Barcelona, Spain.

Sisters Catalina and Madeline Lauf took center stage at the Republican National Convention on Monday when they were featured in a segment supporting Trump’s reelection.

“This is a taste of Biden’s America,” one sister is heard saying during her voiceover, which overlays videos of rioters running through flaming parts of cities.

“The rioting, the crime. Freedom is at stake now, and this is going to be the most important election of our lifetime,” she adds, presumably making reference to the ongoing Black Lives Matter movement demonstrations that have occurred across the country.

Protests have recently resumed in large numbers following the Sunday shooting of Jacob Blake, a 29-year-old Black man, in Kenosha, Wisconsin. Blake was struck by four out of seven shots fired at his back during an arrest by Kenosha Police Officer Rusten Sheskey.

Eagle-eyed reporting from the Catalonian public broadcaster CCMA confirmed soon after the advertisement’s debut that the images used in the video were from protests along Roger de Flor Street in Barcelona, Spain, in October 2019.

According to the outlet, the specific images appeared to have been taken on the third night of protests on October 16, 2019, by pro-Catalan independence groups. The demonstrations came about as a direct response to the Spanish Supreme Court jailing nine Catalan separatist leaders.

BuzzFeed News was also able to confirm some footage’s original source via a reverse image search on Shutterstock that turned up a photo with the description “young rebel riot revolutionary anarchist,” which was also taken in Barcelona.