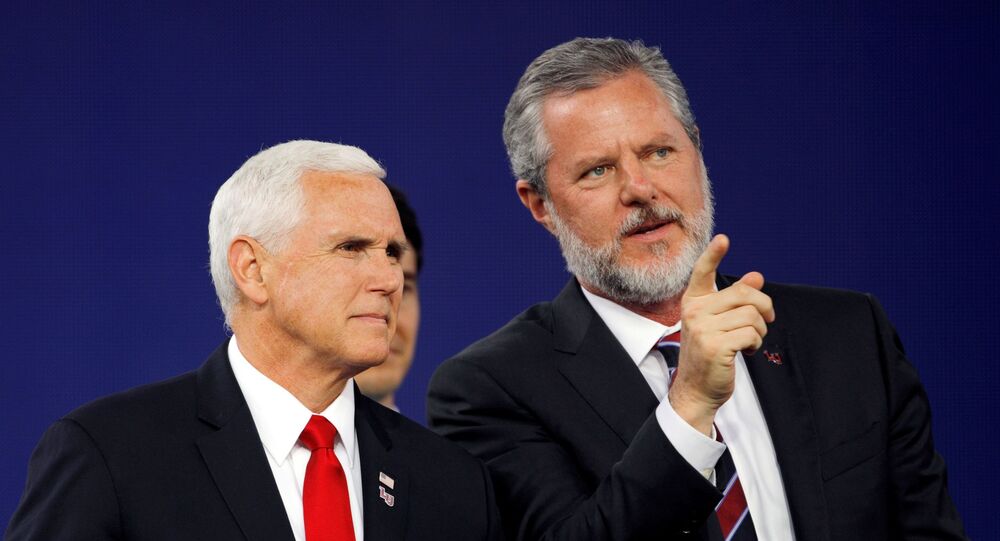 On Monday, Falwell Jr., son of the late televangelist and conservative activist Jerry Falwell Sr., denied that he had any plans to resign, saying reports to the contrary were “completely false.”

Jerry Falwell Jr confirmed to AP on Tuesday that he resigned as president of Liberty University, less that day after saying he would not be going anywhere.

Also Tuesday, Liberty University issued a statement confirming that its board had agreed to accept Falwell’s resignation. Falwell had been president of the private evangelical Christian university in Lynchburg, Virginia since the 2007 death of his father, who served as the school’s first president since its founding in 1971.

Falwell’s resignation comes in the wake of a media reports about his wife Becki Falwell’s alleged extramarital affair with a business partner, with Jerry Falwell Jr. accused of watching some of the couple’s explicit acts as a voyeur. It also follows the publication of a controversial social media photo featuring Falwell himself engaged in activity which allegedly fails to conform with the values preached at his school. Liberty University has a strict moral code of behaviour, including a prohibition on sexual relations out of wedlock, and a ban on the consumption of alcohol.

In its statement, Liberty University stressed that in addition to his resignation as president, Falwell also resigned from its board of directors. Both resignations were said to be effective immediately.

Falwell went on an indefinite leave of absence from his duties at Liberty University on August 7, after the publication of the controversial photo of him posing with his fly unbuttoned and his arm around his wife’s pregnant assistant went viral.

In addition to his duties as a school administrator, Falwell Jr is also a prominent conservative activist, expressing strong support for President Trump and the Republican Party.